We are big fans of the US National Park system, particularly the sites that are digitally literate. They inform, educate and interact with locals and visitors via the social web. There are a number of stand-out parks, but one of my favorites is Badlands National Park, which uses Facebook and Twitter to share news of the park and the broader picture of biodiversity, conservation and climate change.

Today, however a provocative series of tweets about climate change were posted and removed within a matter of hours.

Why were the tweets deleted? Perhaps they ran counter to the new, less scientific ethos, of the current administration in Washington, DC. Or perhaps a rouge ex-employee sent them out without permission and the tweets needed to be removed to maintain the integrity of the social web account. Either way we’re seeing the Trump Effect in action.

That said, for the few brief hours in which the tweets occurred, @BadlandsNPS followers increased from 7,000 to 100,000. Also, in support of the park, the Twitter account @BadHombreNPS emerged to support the park “with the science facts they can no longer share!” 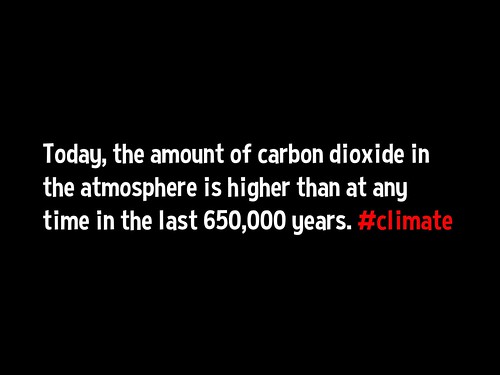 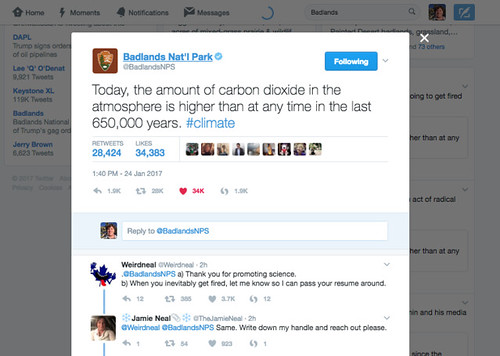