This panel of high-achieving women will share their experiences in shaping the growth and development of Las Vegas. 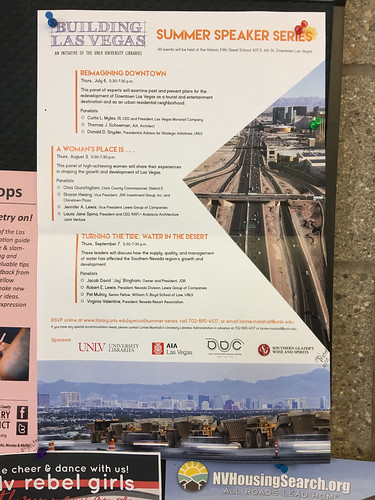 Women were – and still are – a big part of building #LasVegas: https://t.co/WDWBUV4k1a pic.twitter.com/l2AyOXe61a

Building Las Vegas is an initiative launched in 2016 by UNLV University Libraries Special Collections & Archives to collect and preserve the history of the growth of our city. The Summer Speaker Series features panel discussions from experts who have helped direct and shape this growth.

Building Las Vegas is planned as a five-year project that will: