Brain = an organ of soft nervous tissue contained in the skull of vertebrates, functioning as the coordinating center of sensation and intellectual and nervous activity

Recommended listening
Putting our minds to the brain – Despite decades of intense research, we still know very little about how the human brain actually functions.

The Idiot Brain – The brain is a complex organ which may be at the centre of all human experience—but is it really all it’s cracked up to be? A neuroscientist and stand-up comedian from the UK calls it ‘The Idiot Brain’.

James Fallon’s brain – After putting his own brain through a PET scanner a scientist discovers something shocking about his own personality.

The little brain – The cerebellum is a very important part of our brain.

The large wow collider – Clenching a fist is not as simple an activity as many people assume.

The divided brain and the making of the western world – This interview is a fascinating journey into the human brain with psychiatrist Dr Iain McGilchrist who argues that our very human nature and Western civilisation are a direct outcome of the competition between the human brain’s asymmetrical halves, and that once we really understand the structure of the brain, we see that the wrong half of it is in charge of our civilisation.

The Master and his Emissary: the divided brain and the reshaping of Western civilisation – Eminent psychiatrist Iain McGilchrist offers an ambitious, provocative thesis about how the brain’s two hemispheres came to be, and construct the world. Today there’s a power struggle being played out between the left and right brain that he argues is reshaping Western civilisation in disturbing ways.

Mind the gap! The seduction of the synapse– Let’s focus on where the real interesting action is inside your head: the connections between your brain cells synapses. From the ancient past to the frenzied future —it’s all about making connections.

Michael Gazzaniga: Split brains and other heady tales – One of the big names of the brain is Michael Gazzaniga, whose career was forged in the lab of Nobel laureate Roger Sperry. His striking experiments continue to uncover the differences between your left and right hemispheres.

The music in your brain – How the human brain perceives music, how composers exploit our instinctive reaction to it and the relationship between music and emotion 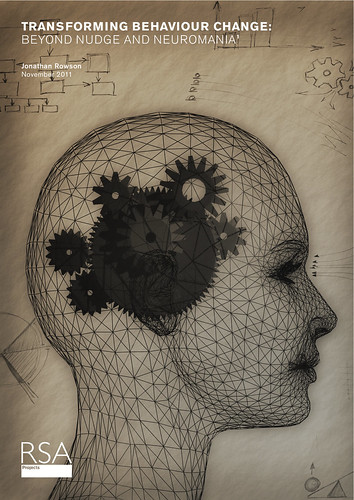 Quotes
Brain scans show synchrony between the brains of mother and child; but what they can’t show is the internal bond that belongs to neither alone, a fusion in which the self feels so permeable it doesn’t matter whose body is whose. Wordlessly, relying on the heart’s semaphores, the mother says all an infant needs to hear, communicating through eyes, face and voice. Thanks to advances in neuroimaging, we now have evidence that a baby’s first attachments imprint its brain. The patterns of a lifetime’s behaviors, thoughts, self-regard and choice of sweethearts all begin in this crucible.
– Diane Ackerman, The Brain on Love

"The brain is the most extraordinary thing in the universe": Bill Bryson on his latest book https://t.co/d4skjRcNpi