The atlatl, a predecessor of the bow and arrow, was used thousands of years ago by hunters as both a big game hunting tool and weapon.

Cave drawings and stone projectile points show that atlatls were used from 20,000 years ago, predating the bow and arrow by tens of thousands of years. 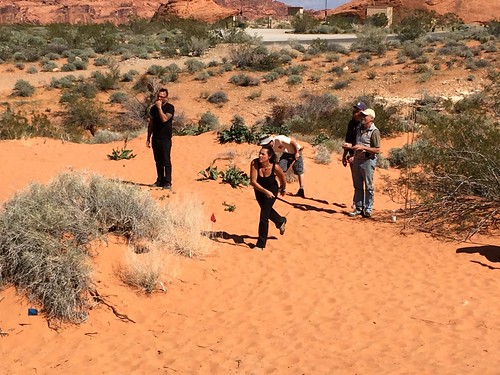 Elsewhere on the Web
The World Atlatl Association welcomes as members anyone who is interested in the atlatl, an ancient hunting weapon, and who agrees with the objectives of the association which was founded in 1987
http://worldatlatl.org/about-atlatls/how-to-throw