Austin – Spotlight on the University of Texas

Headlines
The Eyes of Texas: Racist tradition or cornerstone of school spirit? – @thedailytexan

Longhorn Network
The Longhorn Network is for Longhorn fans, not something that creates them. In 2013, an ESPN spokesman told the Houston Chronicle LHN was in 1.5 million Texas households and 4 million nationally. Millions more were added in deals with satellite providers Dish Network and DirecTV, in 2014 and 2015, respectively; at the end of 2015, a report by the media research firm SNL Kagan put viewership at 7.5 million, with ESPN claiming the number was actually 20 million. A company spokesperson did not respond to Austin Monthly’s request for more current data. – What’s going to happen – Austin Monthly
Longhorn Network Turns 10: Growth and Gratitude from Some of the Launch Team
Texas president explains what will happen to Longhorn Network after joining the SEC
https://en.wikipedia.org/wiki/Longhorn_Network 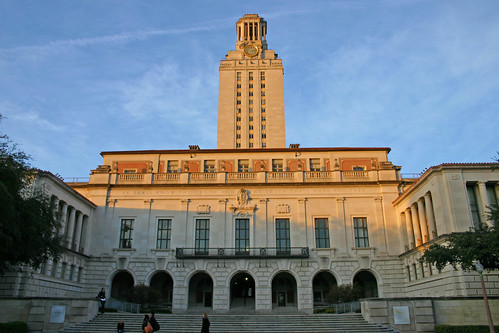