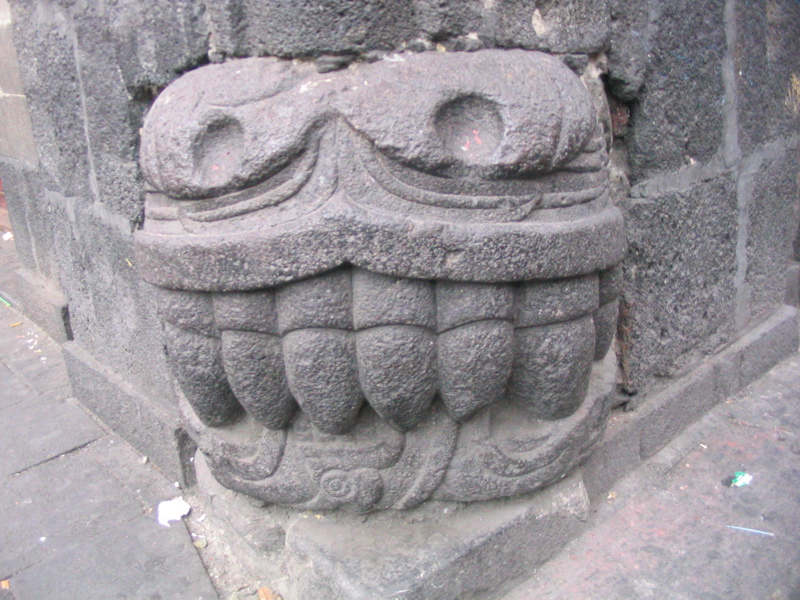 The Aztecs, also known as Mixecas or Nahuas, founded their capital, Tenochtitlán, in 1325. In only two centuries, the Aztecs rose from a wandering tribe to the rulers of an enormous empire. Throughout their history, they conceived of their destiny as one of cosmic significance.

In the 14th and 15th centuries, the Aztecs created a vast empire whose boundaries stretched north to the region controlled by the Huastecs (present-day San Luis Potosí and Veracruz) and south to the land ruled by the Mixtecs and Zapotecs (present-day Oaxaca).

Templo Mayor and Tlatelolco
For those interested in seeing the heart of the Aztec Empire, the first stop is Mexico City’s Zócalo — the centerpiece for visits to the Templo Mayor. Another must-visit is nearby Tlatelolco, where an excavated mural painted in the early 1530s shows animals around the lake that used to occupy the valley.

Legends
The Aztec god Huitzilopochtli, which means ‘hummingbird on the left,’ was said to have been born at Coatepec (Serpent Hill) near Tula.

The legend says that Coatlicue was sweeping the temple when she discovered a ball of feathers. She placed this in her dress and it disappeared. She then discovered that she had become pregnant. When her daughter, Coyolxauhqui discovered this, she conspired with her 400 brothers to kill her mother.

Blood and Warfare
The Aztecs identified with the sun, which had to defeat the powers of darkness in the underworld each night before it could rise again on the eastern horizon. The Aztecs believed in the concept of sacrifice and warfare, both were means of shedding blood to ensure the sun’s return.

Consequently, the ruler was obliged to spill a requisite amount of human blood to propitiate the gods. Instead of killing their enemies, Aztec warriors were required to bring their victims home alive, to be sacrificed in ritual ceremonies.

History
When they arrived in the Valley of Mexico, the Aztecs moved from place to place until they came upon a series of promising omens: a juniper tree with a spring gushing underneath, a group of white willows without a single green leaf, and white water snakes. The priests believed they had discovered the promised land.

Huitzilopochtli appeared to one of the priests in a dream, saying, “You will find the eagle at all times on this tree. The place of the cactus and the eagle I now name Tenochtitlán, ‘place near the hard prickly pear cactus’.”

Inspired by the vision, the Aztecs founded the city of Tenochtitlán, today’s Mexico City. During the reign of the first Aztec rulers, the city paid tribute to the wealthier nearby cities. But soon the Aztecs’ vision of cosmic superiority led to the expansion of the empire.

One of the earliest towns it conquered was Xochimilco, renowned for its architects, who were ordered to construct a causeway between Tenochtitlán and the mainland. Xochimilco’s raised gardens provided the food for the fast-growing empire. Meanwhile, the humble temple was expanded in order to honor the gods.

In 1502 the last emperor, Moctezuma II Xocoyotzin, became king. He was not a warrior like his predecessor, but a superstitious priest. Leaders were believed to have communication with the gods, and thus needed to contemplate the divine order.

After a series of omens that included a comet in the eastern sky (later believed to be Halley’s Comet) and old people’s dreams of the Templo Mayor in flames, Moctezuma was visited by a magician from the east who claimed he had seen ‘a round hill moving upon the waters.’ Moctezuma sent his emissaries to greet the visitors, and in 1519 he took Hernán Cortés to see the view of Tenochtitlán from the Tlatelolco pyramid (now the site of the Foreign Relations complex).

Within a decade the Spaniards had carried out some of their most violent acts in the subjugation of the Aztec empire, including imprisoning and later killing Moctezuma himself.