Wikipedia: Badlands National Park (Lakota: Makȟóšiča) is a US national park located in southwestern South Dakota. The park protects 242,756 acres (379.3 sq mi; 982.4 km2) of sharply eroded buttes and pinnacles, along with the largest undisturbed mixed grass prairie in the United States. The National Park Service manages the park, with the South Unit being co-managed with the Oglala Lakota tribe.

The Lakota name is Mako Sica or Makȟóšiča, which translates to English as bad land.

Tim Lumley: The term “badlands” refers to a specific type of geology that forms when soft sedimentary rock is extensively eroded in a dry climate forming an exposed rugged terrain with iconic shapes and topographies. There are “badlands” all over the world. The Lakota were the first to call the land now protected as Badlands National Park “mako sica” or “land bad.” Badlands National Park only gets on average 17 inches of rain per year, but of course it got some the day we were there. 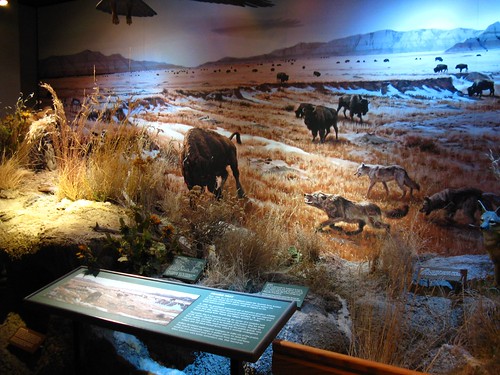 How is this translated in Indigenous languages?

One of the most interesting case studies in H20 conservation, recreation, and management, the Las Vegas DIY Water Tour, includes visits to iconic Hoover Dam, Lake Mead, Colorado River beaches, and faves including the Old Fort and Wetlands Park
🌎https://www.planeta.com/vegas-water