Many of our favorite podcasts come by way of Australia’s Radio National: Future Tense, Off Track and Late Night Live educate and inspire. Another favorite is much less frequent and is about to begin streaming — presenting the Boyer Lectures. Hashtag: #Boyers2017

Each year since 1959, the ABC has sparked national discussion about critical ideas with the Boyer Lectures. In October, ANU Distinguished Professor and Intel Senior Fellow Professor Genevieve Bell continues this proud tradition. Her series is called Fast, smart and connected: What is it to be human, and Australian, in a digital world?

30 years ago, Professor Bell left Australia to study anthropology at Stanford University in the USA. That journey took her to the heart of Silicon Valley, where she led Intel’s first user experience research and development lab and most recently served as their chief futurist. Her job was to help invent the future and ensure that it was shaped by lived experience.

Where it all began – Professor Genevieve Bell explains why she’s returned home after decades in Silicon Valley, and explores Australia’s role in building our current digital world.

Fast, smart and connected: Dealing lightning with both hands – Professor Genevieve Bell looks at how personal computers and the internet have reshaped our lives, and the possibilities we’ve imagined for ourselves and each other.

All technology has a history (and a country) – Professor Genevieve Bell reveals how new technologies change life, but rarely in the ways we anticipate. How might the origin stories of the typewriter, the robot and electricity equip us to invent the future?

How to build our digital future – Professor Genevieve Bell outlines her proposal for how Australia should build its digital future. 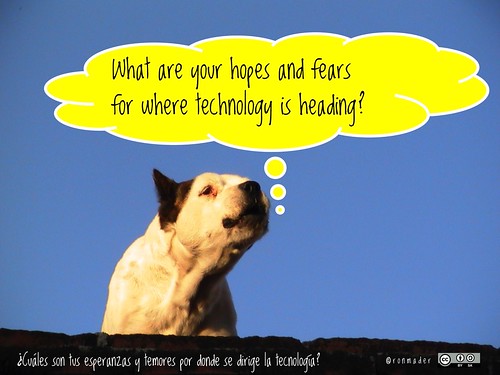 We want your voice in the #Boyers2017 Lectures. Record a voice memo on your smartphone and email it to: [email protected] #Boyers2017 pic.twitter.com/u8CESI3JSB

Questions triggered by technology are not new #Boyers2017 @feraldata refers to #boyerlecture address by Zelman Cowan in 1969 who raised concerns about #datacollection and #privacy pic.twitter.com/pTUW4MpBN7

A bit of editing, a bit (well a lot) of writing, some coffee … back in studio soon. #boyers2017 #sundayplans pic.twitter.com/spK9pl3zMr

Managing the Machines: building a new applied science for the 21st century