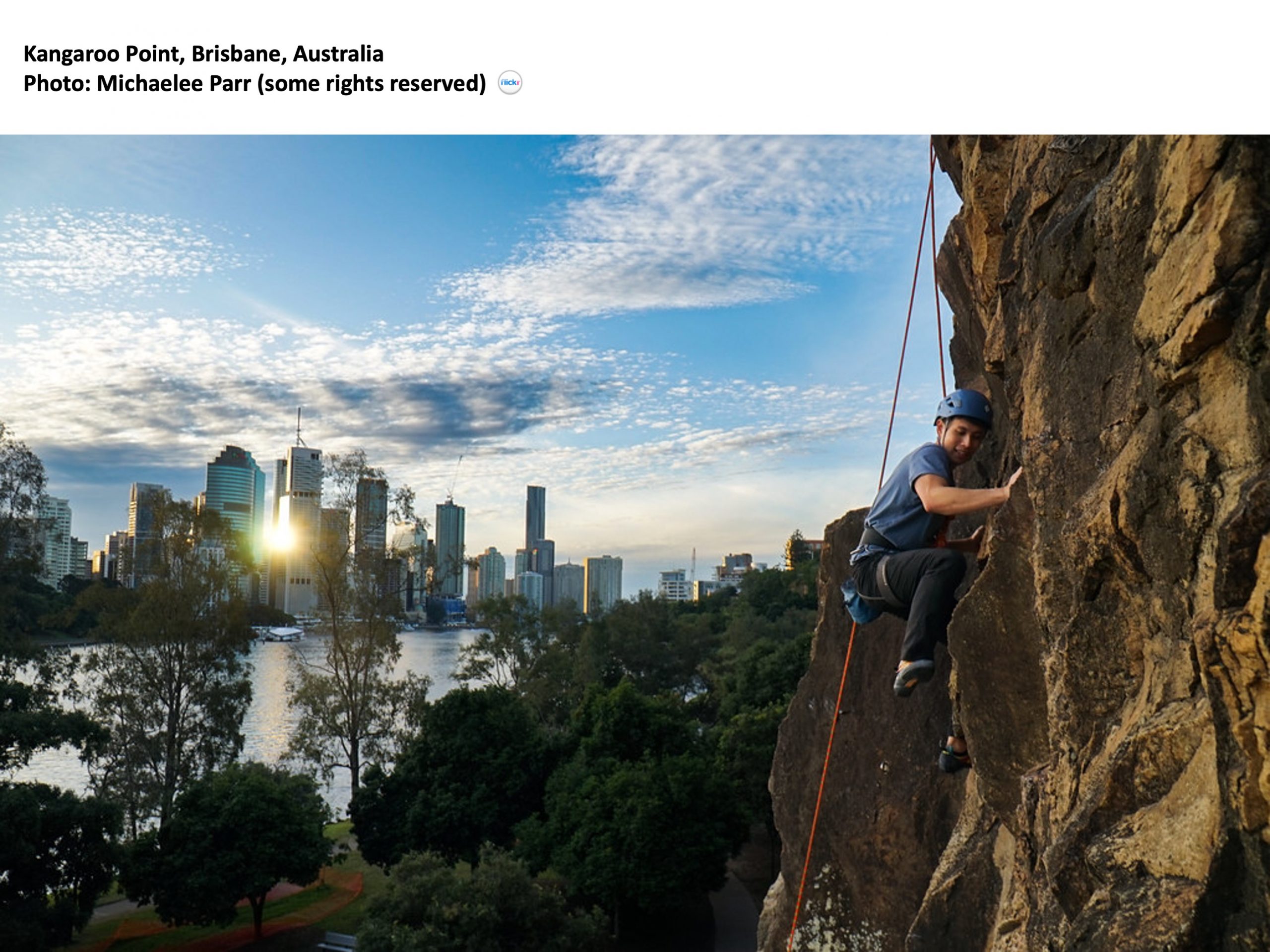 Photos: Brisbane City Council, Over the hurdle by Michaelee Parr (Some rights reserved)

Brisbane or ‘Brizzie’ is the capital and most populous city of Queensland. With a population of more than 2 million, this is the third largest city in Australia. Brisbane has a humid subtropical climate.

Brisbane has more species of plants, animals, and insects than any other capital city in Australia.

Bikes
Brisbane has a network of bike paths that wind along the banks of the river. Check out the Route Planner from Cycling Brisbane

The South Bank Parklands (@VisitSouthBank) is visited by more than five million visitors a year. The Parklands include South Bank Beach, an artificial beach with freshwater lagoon.

Cultural World
Among the cultural attractions is the Queensland Museum. One of the most famous historic buildings is The Windmill, built by convicts in 1828.

The Brisbane Cricket Ground, popularly known as the Gabba, home ground for the Brisbane Lions AFL team and the Queensland Bulls cricket team.

Nearby
The Gold Coast is located to the south and the Sunshine Coast to the north.

Home of the Australia Zoo, Beerwah is located just one hour north of the Brisbane Airport.

Hervey Bay is 300 kilometers north and is recognized as a major whale watching capital that attracts Humpback Whales from July to early November.

Airport
Brisbane International and Domestic Airport is approximately 12kms from Brisbane CBD and serviced by taxis or the Brisbane Airtrain.