Brussels is the capital and largest city of Belgium and de facto the capital of the European Union (EU). It has more than 40 square meters of green spaces per resident, making it one of the greenest cities in Europe.

After the Pandemic
We want to visit the Ancienne Belgique (AB) concert hall, one of the leading concert venues in the world. How does it adapt? YouTube

Languages
Brussels Region is officially bilingual: French and Dutch. Unofficially, English is the lingua franca of nationals of the various countries of in the European Union to do business and socialize.

City Tours
Brussels Greeters are locals who volunteer to show the city through their own eyes to up to 6 visitors.
Pro Velo is an organization promoting cycling in Brussels. They run themed bicycle tours of the city.

Events
Fete de L’Iris celebrates the formation of the Brussels Region with events and free concerts. Second weekend in May.
Brussels Jazz Marathon held over a weekend at the end of May. 200 free jazz concerts at venues throughout the city.
Fete de la Musique has three days of free music over a weekend in June.
Each July Brussels Harbour becomes a beach in Brussels Beach / Bruxelles les Bains / Brussel bad. 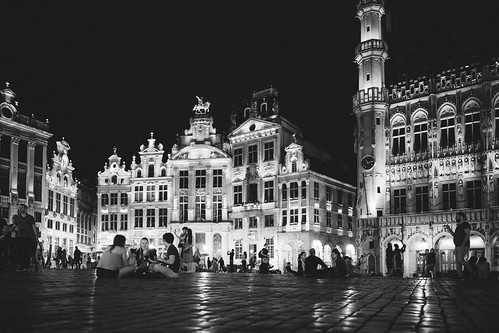