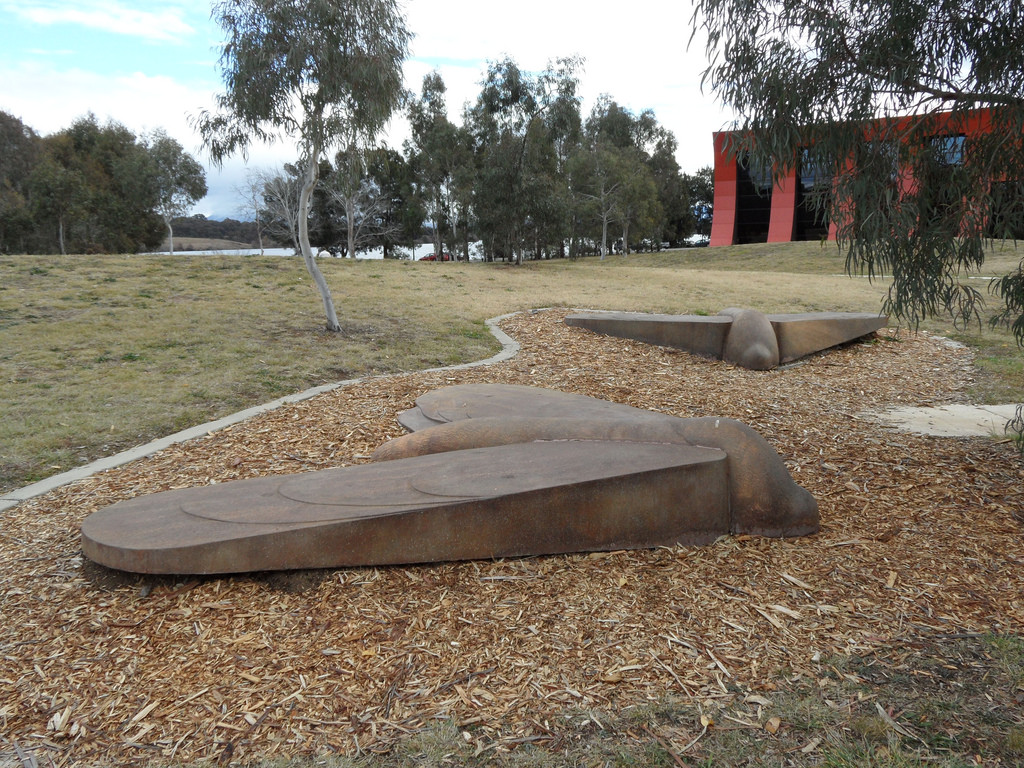 Canberra is the capital of Australia and the 150 kilometers from the coast, the country’s largest inland city. The name Canberra is derived from the Aboriginal word ‘Kamberra’ which means ‘meeting place.’ The city has a population of 325,000.

Canberrans live in a city of broad streets, green parks and elegant buildings. In 1911, the Australian Government claimed more than 2,000 square kilometers from New South Wales to form the national capital. The city was designed by architect Walter Burley Griffin whose design based on circles and axes was similar to streets of Washington, DC and Paris.

Recommended Listening
Lost and Found — Ancient Places – A series tracing the ancient places onto which our modern cities have been transplanted; this week a journey to Canberra.

Natural World
Commonwealth Park sits on the edge of Lake Burley Griffin. Nearby is the Australian National Botanical Gardens.

The Mulligans Flat Woodlands Sanctuary is on the border of of one of Canberra’s newest suburbs. The fenced area of endangered box-gum woodland will be used to reintroduce birds and marsupials.

Culture
Cultural attractions include the National Museum, National Gallery, the National Science and Technology Centre, The War Museum, the Australian Institute of Sport, the Royal Australian Mint, Old and New Parliament Houses, the War Memorial, the National Library, and the quaint Cockington Green.

CCAS is one of a national network of contemporary arts organizations with a diverse program of exhibitions, performances, artists’ talks and publications aims provide opportunities for artists to exhibit their work within a context of current national and international practice.

Questacon is committed to the promotion, awareness and understanding of science and technology.

Markets
The Old Bus Depot Market is held every Sunday at 27 Wentworth Avenue.

Sport
Canberra hosts the Canberra Raiders and the Brumbies who play rugby league and rugby union respectively, and who have both been champions of their leagues. Both teams play their home games at Canberra Stadium.

Politics
As the seat of the government of Australia, Canberra is the site of the Old Parliament House, the High Court of Australia and numerous government departments and agencies.

Pop Culture
In Community Development through Tourism, author Sue Beeton writes: “Many Australians argue that Canberra has no ‘soul’ or sense of community and has difficulty attracting tourists, demonstrating the difficulties surrounding created communities.”

History
After the Commonwealth Federation was created, the site of Canberra was selected for the location of the nation’s capital in 1908. It was a compromise that created something new instead of choosing among Melbourne and Sydney.

Nearby
Canberra is located near the Brindabella National Park, approximately 150 kilometers (93 miles) inland from Australia’s east coast. The park has recreational opportunities for bushwalking, mountain biking,bird watching and nature study.

Namadgi National Park makes up more than half of the Australian Capital Territory. The northwest section of the park lies just to the south of Canberra’s suburbs. To the southwest the park joins Kosciuszko National Park and the Bimberi and Scabby Range nature reserves with Brindabella National Park on the northeastern border.

The train trip between Sydney and Canberra takes about three and a half hours.

Elsewhere on the Web
What’s going to be happening in Canberra on Australia Day?
Canberra Nature Map – @NatureMapr

Quotes
The decision not to allow development on the mountains that ring the city means that many of the 357,000 people who live in Canberra can look up from a suburban street and see a hill covered in gum trees. It also means that Canberra is a bird-watcher’s paradise, with pairs of rosellas and king parrots, not to mention squadrons of cockatoos and galahs. And if you get through Spring without being dive-bombed by a magpie, you’re doing well.
– Andrew Leigh, Canberra is the Best City in Australia