Cardiff is the capital of Wales and its largest city.

Geography
On the western shores of the United Kingdom, Wales has more than 750 miles of coastline, more than 500 lakes and reservoirs, three national parks and magnificent mountains.

Cardiff is bordered to the west by the Vale of Glamorgan, to the east by the city of Newport, to the north by the South Wales Valleys and with a shoreline to the south on the Bristol Channel.

History
Cardiff was made a city in 1905 and proclaimed capital of Wales in 1955. The castle downtown dates to Roman times and gives a Celtic name to the city as Caerdydd comes from caer or castle. Cardiff is the anglicised version.

Markets
From its humble beginnings as a farmers’ market trading in livestock and farm produce, Cardiff Market has evolved over the centuries to suit the changing needs of traders and consumers.

Nearby
The town of Brecon and Brecon Beacons National Park are to the north.

Cardiff is the capital and largest city in Wales and the tenth largest city in the United Kingdom. The city is the country’s chief commercial center, the base for most national cultural and sporting institutions, the Welsh national media and the seat of the National Assembly for Wales. 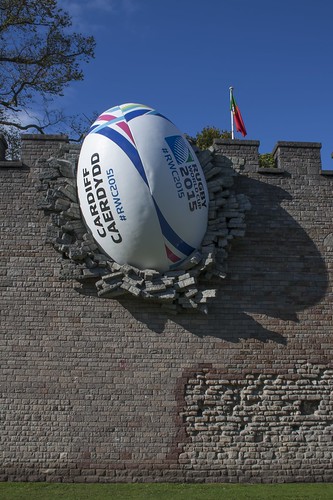