Official spin: “CES is the world’s gathering place for all those who thrive on the business of consumer technologies. It has served as the proving ground for innovators and breakthrough technologies for 50 years — the global stage where next-generation innovations are introduced to the marketplace. Owned and produced by the Consumer Technology Association (CTA), it attracts the world’s business leaders and pioneering thinkers.”

Our take – the event is one of the most successful trade shows in the world. It is well-managed and generates an abundance of headlines. Livestreaming video gives front-row seats to remote viewers.

The event is not without its faults. This year criticism was made that all of the keynote speakers were male. Is it time to question whose voices we hear at events? Is there a way to make trade shows more engaging with locals. If there is a wishlist for trade shows it is that they contribute financially and socially to the host communities. What efforts are underway at the schools and libraries in improving digital literacy?

History
The first COMDEX was held in 1979 at the MGM Grand (now Bally’s) with 167 exhibitors and 3,904 attendees. Over the years, it grew enormously and evolved to become the huge Consumer Electronics Show. 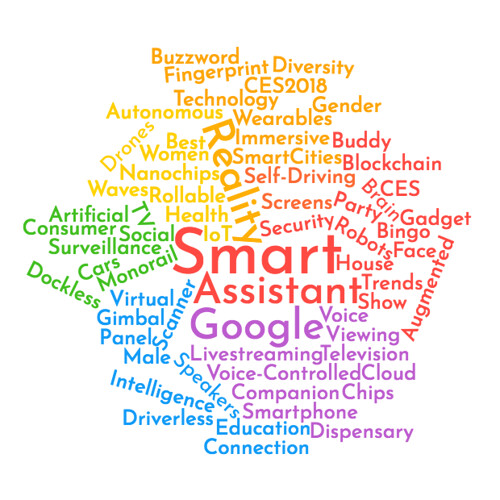