Located offshore of the town of Progreso lies the Chicxulub Impact Crater (Cráter de Chicxulub), buried deep under hundreds of meters of sediment off the coast of the Yucatán Peninsula.

History
Some 65 million years ago, an iridium-rich asteroid at least 10 kilometers-wide struck the earth and which many suggest caused the extinction of 45% of species on Earth, including dinosaurs.

Scientists estimate that more than 200 thousand cubic kilometers of the earth’s crust was instantly vaporized, melted, or ejected from the crater. The impact left a stratum of iridium – an element rare on this planet but common in asteroids.

Discovery
The existence of the crater was first detected during offshore petroleum explorations in the 1950s. Mexico’s federal oil company, Petroleos Mexicanos (PEMEX), found sediment that did not correspond with that of the surrounding area. The crater was named after the nearby Mayan village of Chicxulub, and geologists continue to study the area.

Estimates of its size vary according to how scientists read the deviations in gravitational and magnetic field lines. With a width of 200 kilometers (124, Chicxulub is not the largest crater on Earth. That honor goes to Vredefort in South Africa. This crater has a width of 300 kilometers (186 miles) and was formed two billion years ago.

Deep Impact
Whether or not the meteor’s impact was responsible for the demise of the dinosaurs (first proposed in 1980 by Walter Alvarez of the University of California at Berkeley) is argued in scientific circles, but an obvious consequence of the impact can be found in the nearby geography.

Scientists have described a 177-kilometer (110-mile) wide ring of cenotes outlining the crater. The ring of fractured bedrock strikes the coast at Celestún and Bocas de Dzilam. These springs provide fresh water to the lagoons and the variety of species that live in them.

Cenotes
While there is no means of visiting the impact site, you can visit the cenotes created as a result of the asteroid.

Today
In 2008 NASA began advocating that the site be declared a World Heritage Site. 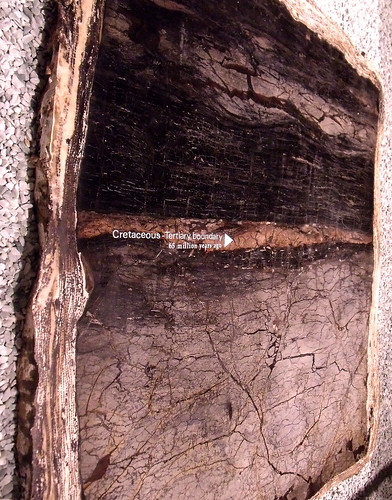