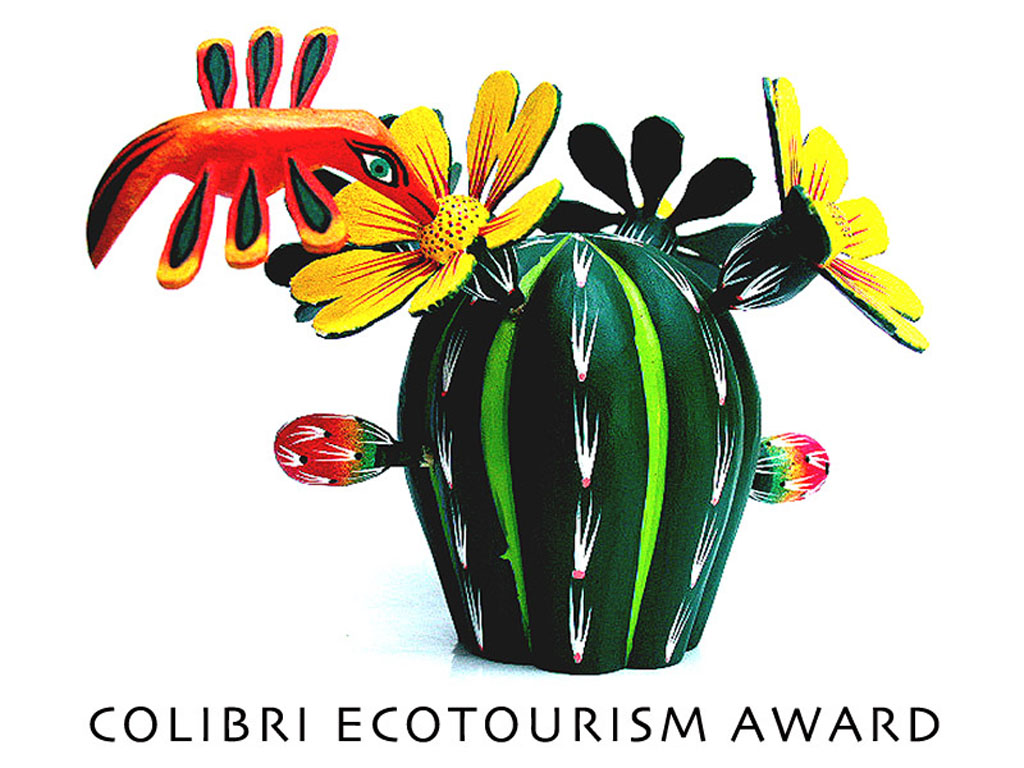 Planeta.com hosted a live conversation with some of the winners of the Colibri Ecotourism Award on Friday, June 5, 2020.

As part of the global celebration of World Environment Day, Planeta.com presented the Colibri Ecotourism Award from 2000-2010 to leaders of the eco travel movement in Mexico. Ecotourism pioneers and practitioners, these friends were mentors to Ron Mader, two-time winner of the Lente de Pluma award for online Mexico tourism coverage and author of the John Muir Publications’ guidebook Mexico: Adventures in Nature.

This past year the funder of the award (Emilio Kifuri) and two of the winners (Jorge Chàvez de la Peña and Francisco Verástegui) passed away. We’d like to honor their memories by revisiting the award with friends.

We will hold another online conversation on the 20th anniversary of the award: June 5, 2021.

The next public zoom will be Friday, July 3, 10:30am Mexico, 8:30am Pacific – will transmission on Planeta’s Facebook page – https://www.facebook.com/planetadotcom – and later uploaded to YouTube: https://www.youtube.com/user/ronmader/videos. Let me know if you would like to participate on camera via Zoom. If so, we’ll start the private chat at 10am Mexico, 8am Pacific to test things out. A big thanks to Jennifer Morfin for guiding and facilitating the conversation on Zoom.

Among the topics for discussion:
Participants’ status report during the pandemic
Mexico’s reduced budget for the environmental ministries
Mexico tourism

Background
Planeta.com presented the Colibri Ecotourism Award to those whose work in Mexico is exemplary and who share what they learn. Good ideas require good work to come to completion and good work needs to be documented so that lessons can be shared. Winners published and commented online other websites and forums, shared helpful suggestions and feedback for Planeta.com. This is part of our conscious desire to create incentives for communication, collaboration and continuity, all vital elements in the development of conscious travel, responsible travel, and ecotourism.

2000
‪20 years ago began a long conversation about recognizing leaders in Mexico who were pioneers and protecting and promoting travel. I was working on a second edition of a guidebook that would never be republished, but I did not know that them.‬

Steve Bridger (2006)
The 2006 Colibri Ecotourism Award was presented to Steve Bridger for his work developing the timely afterwilma.info website which detailed recovery efforts in the aftermath of Hurricane Wilma.
>> Website

Gerhard Buttner (2008)
The 2008 Colibri Ecotourism Award was presented to Gerhard Buttner, who has trained guides and artisans in the Yucatan and Oaxaca.

Pedro Martinez (2009)
The 2009 Colibri Ecotourism Award was presented to Pedro Martinez, who runs a cycling rental and touring business in Oaxaca City for more than 20 years.
>> Website

Allan Rhodes (2010)
The 2010 Colibri Ecotourism Award was presented to Allan Rhodes, who stands at the forefront of Mexican ecotourism leaders who are equally talented in working with communities and officials on the ground and communicating this work online.

History
In 2000 Emilio Kifuri surprised me with the good news that his business Canyon Travel wanted to fund worthy pioneers of ecotourism in Mexico.

It took us nine months of discussion with various colleagues (some web-savvy, some ecotourism-savvy, some Mexico-savvy) to work-out the selection criteria and judging parameters for what would become the Colibri Ecotourism Award. The Colibri was timed to celebrate World Environment Day with colleagues at the United Nations Environment Programme.

The selection process needed to be as simple as possible. There would be no application. Instead I would seek advice and confirmation from trusted friends and colleagues. In terms of financial matters, we agreed that 100% of the prize money would be transferred directly from the sponsor to the winner.

From 2007-2009 the award had a co-sponsor, Destination Ventures, which contributed another $1,000 directly to Planeta.com for development of spin-off media (including theSlideshare presentation) focusing on the winners.

With the loss of funding, the award continued for another year.

“Stockholm was without doubt the landmark event in the growth of international environmentalism,” writes John McCormick in Reclaiming Paradise. “It was the first occasion on which the political, social and economic problems of the global environment were discussed at an intergovernmental forum with a view to actually taking corrective action.”

Another resolution led to the creation of the United Nations Environment Programme (UNEP).

One thought on “Colibri Ecotourism Award”