Approximately half the Northern Territory population live within a 50 kilometer radius of Darwin.

The waters that surround Darwin are riddled with saltwater crocodiles and deadly box jellyfish, which inhabit the waters from October to May. The Adelaide River, known for its high concentration of saltwater crocodiles, snakes its way northwards, flowing 180 km before emptying into the Timor Sea.

Cultural World
The Darwin Aboriginal Art Fair is unique in that it provides a genuine opportunity to purchase artwork directly from over sixty Indigenous owned community Art Centres, whilst being immersed in an exciting program of traditional dance, workshops, film, fashion and music.

Natural World
The Crocosaurus Cove in the heart of the city houses the world’s largest display of Australian reptiles.

Nearby
The Djukbinj National Park, visible east of Adelaide River, is a protected area and consists mostly of wetlands. The close vicinity to the water makes the park a major breeding ground for a variety of water birds, including magpie geese, herons and egrets.

History
In 1839, the HMS Beagle sailed into the waters of what is now known as Darwin Harbour. The harbour was named after the British evolutionist Charles Darwin, but, contrary to popular belief, Darwin himself never visited the area.

References
Current time in Darwin
If it is 4pm in Darwin, what time is it elsewhere?

Headlines
Why did the Northern Territory lease Darwin Port to Chinese-owned company Landbridge?
Hipsters Guide to Darwin
The ‘alternate history’ of Australia’s Top End
Public art in Darwin is so popular it’s getting nicked

Traditional owners: Larrakia
We acknowledge the Larrakia people as custodians of the top end saltwater country.

2010 Darwin Festival – The festival program reflects the vibrant multicultural heart of the northernmost capital and this year was no exception. From the gentle, prayerful songs of the Tiwi Strong Women’s Group to the raw power of Emma Donovan to the hip hop stylings of Culture Connect.

Art in the Top End – What makes Darwin’s art scene stand apart from art made in the rest of the country and how does its multicultural make-up, its intense weather and wild landscape affect the artists who live there?

‘The soul of Darwin’: the centenary of the Kahlin Compound – In 1913 the NT Protector of Aborigines, Baldwin Spencer decided with a stroke of his pen to solve what he called the ‘half-caste problem’ by rounding up Aboriginal children and removing them from the ‘native camps’. The Kahlin Compound and Half Caste Home was established at Myilly Point, overlooking Mindil Beach in Darwin. The oldest survivors share their stories.

Where to eat and drink
http://www.waterfront.nt.gov.au/darwin-waterfront-precinct/restaurants-and-eateries/fiddlers-green

August Darwin Festival – @Darwinfestival
An 18-day feast of local, national and international performances in the beautiful tropical city of Darwin. 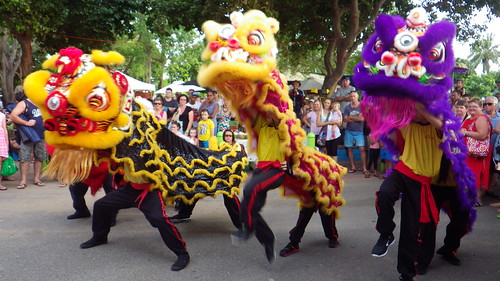