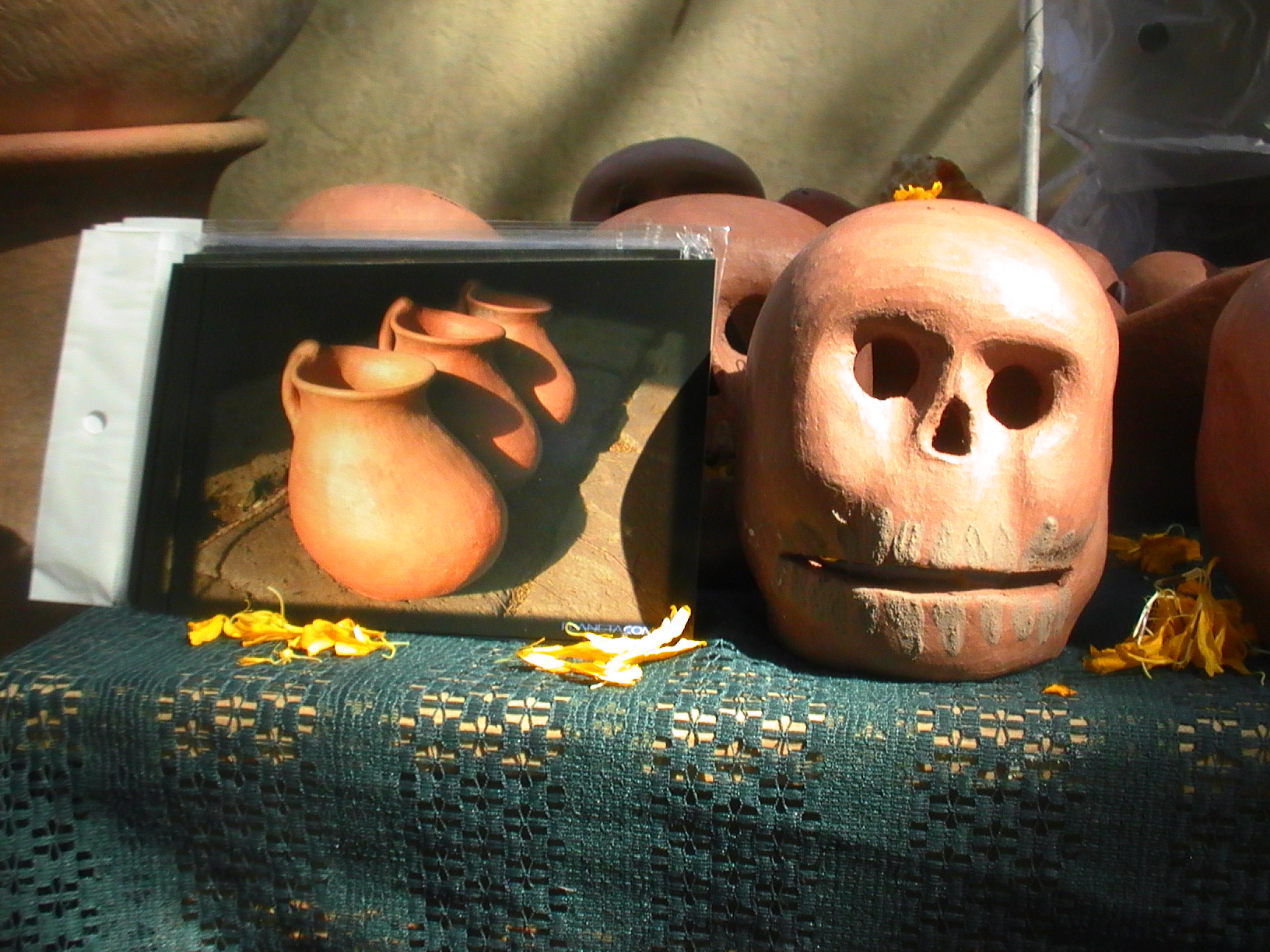 Fave quotes about death and dying:

A colleague of mine described Día de los Muertos as ‘the only time during the year when the veil that separates our world from the next is lifted.’
– Joshua Berman, Día de los Muertos: What I’ve learned about Day of the Dead (so far)

Haere! Matenga ke moku. = Go! Your death and mine will be in different places.
– Māori proverb

Whenever I prepare for a journey I prepare as though for death. Should I never return, all is in order. This is what life has taught me.
– Katherine Mansfield

Now it’s over I’m dead and I haven’t done anything that I want (now it’s over) / Or, I’m still alive and there’s nothing I want to do.
– They might be giants

Don’t mean to dwell on this dying thing.
– Dave Matthews

Haven’t seen you in quite a while. I was down the hold, just passing time. Last time we met was a low-lit room. We were as close together as bride and groom. We ate the food, we drank the wine. Everybody having a good time. Except you … You were talking about the end of the world
– U2

They’ve had a good innings. (He had a good life.)
– Popular expression adapted from cricket.

We run after values that, at death, become zero. At the end of your life, nobody asks you how many degrees you have, or how many mansions you built, or how many Rolls Royces you could afford. That’s what dying patients teach you.
– Elisabeth Kubler-Ross

Don’t dig your grave with your own knife and fork.
– Proverb

There is no life without death.
– Proverb

What are you going to so that you can arrive on your deathbed 50 years from now with a big grin on your face that says ‘lord sakes that was a ripper. that was a good life well lived.’ For me that means engaging meaningfully with what I think I am here on the planet to do.
– Petrea King, Bush Telegraph

Our lives begin to end the day we become silent about things that matter.
– Martin Luther King

Don’t look forward to the day you stop suffering, because when it comes, you’ll know you are dead.
– Tennessee Williams

If I should die in a car wreck, may I have Van Morrison on my tape deck.
– U-Li La Lu, Poi Dog Pondering