“We are the ones making a difference, we the people in… #ExtinctionRebellion and… #SchoolStrike4Climate… We will never stop fighting for this planet, for ourselves, our futures and for the futures of our children and grandchildren.” @GretaThunberg.https://t.co/Oord0K6efO

Amazing atmosphere at the #ExtinctionRebellion occupation on Waterloo Bridge.

Fighters for justice – particularly those who use civil disobedience – are always demonised at the time. But this is how many of the rights and freedoms we now have were won in the first place. pic.twitter.com/LUZgDH3MDr

The tactics and spirit of this campaign are like nothing I've ever seen. Clever, cheeky, brave, inspiring and conceived on a massive scale. Some people wrote off #ExtinctionRebellion when it launched. They had no idea what was coming. https://t.co/4xO9jhP94t

A psychedelic journey, a radical strategy and perfect timing: How #ExtinctionRebellion was made

"This movement has opened a conversation, so it's already achieved something that I feel glad to be part of, and I hope it carries on," Bradbrook said#ActNowhttps://t.co/CMYb3BZa9q 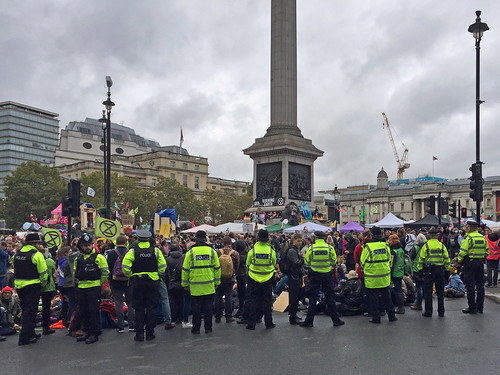