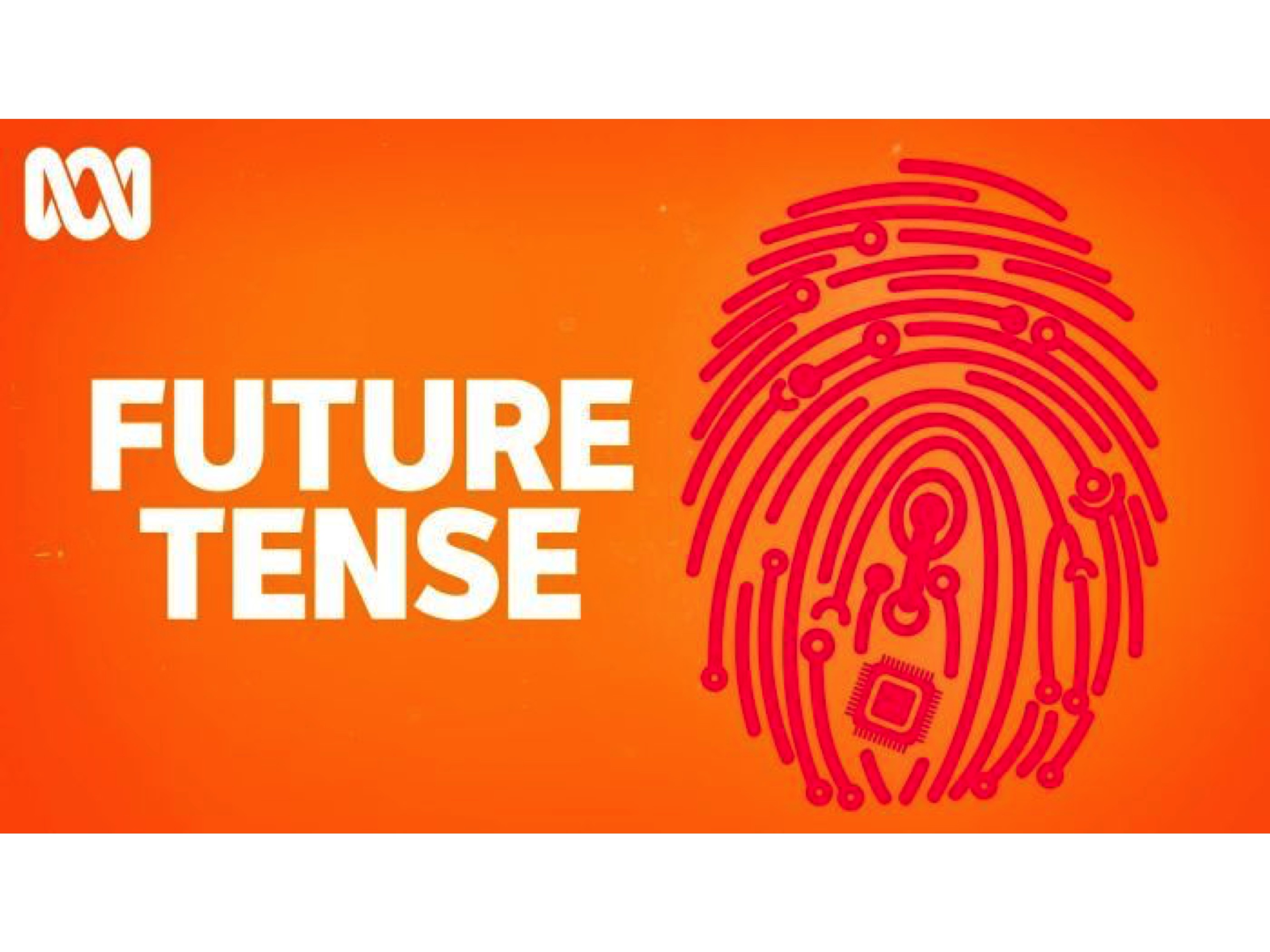 Listen live (Sunday 12:30pm AEST or Saturday 530pm Pacific) or subscribe to the podcast and listen a few days before the live airing and anytime afterwards.

Antony Funnel (@antonyjfunnell) takes arcane topics and makes them into engaging audio features complete with transcripts and links to profiles of the guests.

2022
Should individuals bear the largest burden for climate action? – It’s a common refrain: we all have a responsibility to deal with climate change.

Rare Earths and the difficulties of supply – Rare Earths are essential to modern life, but their extraction comes at a price. So, how do we clean-up mining efforts & build a diverse network of suppliers without destroying the environment?

Cliodynamics, the Hinge of History, and why all history is revisionist

2021
Technology: Questions of ethics and fairness – The technology sector has a long history of designing devices to lock in customers and accelerate consumption. But “planned obsolescence” as it’s called is facing a push-back. We also speak with Margaret Mitchell, who helped set up the AI ethics group at Google, only to find she was shown the door when the company’s bosses didn’t like what she had to tell them.

Link rot, pay walls and the perils of preservation – The cliché is that once something goes online, it’s up there forever. But the truth is that the Internet has a memory problem and some of what we’re losing – or could potentially lose – has significance and value. While archivists struggle with the challenge of preserving our digital record, the rise of pay walls present a particular problem.

Is dumbness our destiny? – Most of us are healthier, wealthier and better educated than ever before. We have greater access to knowledge and expertise than any previous generation. So, why do humans keep doing stupid things? And why is the world awash with conspiracy? Have we already passed “peak intelligence”? And if so, what can we do to ensure a smarter future? (Explaining Bullshit and Bullshitting)

The power of storytelling – a cautionary tale – Stories like opinions have become a necessity of modern life. Everybody is encouraged to have an opinion and everybody – in the vernacular of countless motivation speakers – is encouraged to be the “hero of their own story”. But are we in danger of making too much of them? If the story becomes the central device for much of our communication, do we risk losing our sense of objective reality?

Enterprising ways to make and shift electricity – Imagine if you could use your own body heat to recharge your smart phone? That’s just one of the ways scientists are trying to decentralise energy production. They also have an eye on new means of power distribution, including using laser beams instead of lines and poles.

Ecocide: making environmental damage an international crime – French President, Emmanuel Macron, activist Greta Thunberg and even the Pope have all given support for the creation of a new crime called “ecocide” – the deliberate, large-scale destruction of the environment.

Geopolitics in a post fossil-fuel world – What will the global political landscape look like when the world’s dependency on fossil fuels is finally over? Adjustments are already being made, but for so-called “petrostates” like Saudi Arabia and Russia, the prospects look particularly bleak. Experts warn of new inequalities and shifting power dynamics.

One big game of Monopoly – Economists are predicting a further concentration of industries and sectors coming out of the COVID-19 crisis. What that will mean long-term remains uncertain. Meanwhile, in the tech sector, the giants of Silicon Valley are facing increased scrutiny. There are renewed calls in the US for tougher anti-trust regulation, but some doubt the effectiveness of such measures and argue instead for a wholesale rethinking of what we mean by competition.

Are governance issues failing the Himalayas? – The Himalayas are sometime called the earth’s “third pole”. They’re a vital source of water for a large chunk of the world’s population. But the local, national and international systems put in place to protect and manage human development in this vital ecosystem are failing. In this episode, Matt Smith travels to the Himalayas for Future Tense to gauge the size of the problem and possible solutions for safeguarding its future.

Can the United Nations be reformed?

Offshore architecture and marine urban sprawl – Re-defining the use of the ocean is part of the emerging “blue economy” – one that can be both economically beneficial and environmentally responsible. How well can these often contradictory goals be reconciled?
https://twitter.com/antonyjfunnell/status/1180612629355732992

The elusive edge of Innovation – Are entrepreneurs the great innovators we’re told they are? What if the ideal of the lone genius is simply a myth? Innovation is a buzz term that’s become so over-used as to be almost meaningless. It’s time to be more innovative in our understanding of innovation.

Capitalism without Profit – Some of the world’s largest and most influential companies make no profit. They are monopolistic in intent and very future focussed – they favour growth over profitability. So, do they represent a new stage of capitalism, or a dangerous aberration?

Can free public transport save our cities? – Luxembourg is just about to make its public transport free. The first country (albeit a small one) to do so. But do the promises of a cleaner, less congested urban environment really stack-up?

Does the Meritocratic ideal have merit? – An emphasis on merit is often seen as the answer to inequality. Some argue merit should be used to guide all forms of political, economic and social progress. But who determines what is meritorious? And is it possible to build a genuinely meritocratic state?

Street art – the next space race? – Street artists are busy commandeering as many city surfaces as their paints will allow, authorities are trying to neutralise the threat, while advertising agencies are keen to clone the potency of hand painted art.

What future Antarctica? – It’s a golden time for Antarctic research, with more and more countries taking a direct interest in the great southern continent. But suspicions abound as to the real motivations of key Antarctic players.

2018
What happened to the “future of aviation”? – We look at the political manoeuvrings of the major manufacturers, emerging competition from new players, and efforts to make the industry climate friendly.

Have we lost our sense of reality? – Are the systems we’ve developed to enhance our lives now impairing our ability to distinguish between reality and falsity?

Can the UN Sustainable Development Goals work? – And how will Australian aid shape the future of the Pacific?

2017
Agnotology: understanding our ignorance – We’re all complicit in spreading ignorance. And unless we understand the forces that actively generate ignorance we have little hope of overcoming it.

What future democracy? – Is democracy as we know it doomed? And could there be alternative forms of political representation?

Talking with machines – Voice operated devices and software are popping up everywhere. Is the nature of computer-human interaction changing?

Dynamic pricing – and should AI be granted “legal personhood”? – Algorithms use your data to determine the maximum you as an individual are prepared to pay products and services. And – should Artificial Intelligence be granted legal rights?

2016
Cruising into the future
9:30 change in the ways ships are propelled … 10:00 hydrodynamic knowledge has increased … 15:30 While cruise industry likes to promote its green credentials …

Throwing Rocks at the Google Bus – Does the digital world fall short of what it initially promised?

Lessons from the digital classroom – Digital technology researcher, Neil Selwyn, calls for a more nuanced discussion around the role of technology in the classroom.

The quest for Quantum – Researchers around the globe believe the development of a functioning Quantum computer is now within reach. So what exactly would a quantum computer do and who would use it?

2015
Archaeology and artefacts: current threats, future possibilities – Priceless artefacts are being destroyed on an ‘industrial’ scale in conflict zones like Syria and Iraq. But the good news is that modern archaeology has embraced new technologies that allow for increased accuracy and heightened collaboration.

Virtual Songlines: using new technology to recreate a vanished past – Brett Leavy is a proud indigenous broadcaster and inventor, an immersive heritage specialist, virtual historian and artist. He’s also a self-described time-traveller. Since 1997 his vision has been to use modern immersive technologies to recreate the Australia of his ancestors – the continent as it was prior to the arrival of European settlers.

A gamble on the future – Casinos are bigger and flashier than ever before, but as online gambling gathers pace, casino owners are having to adjust; looking to the digital world to capture some of the allure of online games.

Geo-engineering: the quick tech fix for climate change – Is there a quick and simple technology fix for global warming?

Food Futures – GOMA Talks – In this panel discussion recorded at the Gallery of Modern Art in Brisbane we examine the realities of 21st century “food culture” and how to ensure future supplies without destroying the environment.

Digital diplomacy – Increasingly diplomats and governments are having to fight battles and defend themselves on social media. However the notion of digital diplomacy involves more than Twitter and Facebook, it’s about engaging with communities and ‘non-state players’.

2013
Generating innovation through the ideal of the idea – The idea of having an ideas festival is a popular idea indeed. But the idea that they’re universally ideal as a way of fostering creative new ideas is an idea that’s hotly contested.

Quotes
In allowing ourselves to become defined by consumption, we have surrendered a large part of the personal agency that was once the stated hallmark of liberal democracy. And that change is profound: in the parlance of politics it has become commonplace these days to refer to the public as ‘consumers’. To call them ‘citizens’ would seem decidedly old-world.
– Antony Funnell, President Kennedy’s topper: Reclaiming agency and why it’s important