The 2017 Garma Festival of Traditional Culture takes place August 4-7 and brings together business leaders, international politicians, academics and journalists, to discuss the most pressing issues facing Australia. The event is held annually at the remote Gulkula ceremonial grounds in northeast Arnhem Land. This year the event is scheduled to host a Q&A broadcast.

The theme for 2017: Makarrata – a coming together, or healing.

Description: This is Australia’s leading Indigenous cultural exchange event and a national hub for major forums with discussion, policy and action formulation, and bringing together Indigenous and non-Indigenous Australians through youth forums, art gallery, music, film, song, dance and expo. 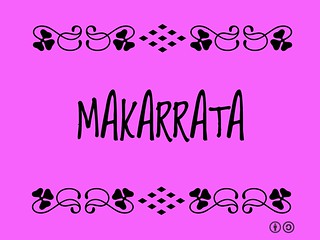 Indigenous leaders from across the country will demand answers on constitutional recognition at #Garma2017https://t.co/iFAy5WBISb

#rndrive broadcast live from the first day of #Garma2017 listen back to the full episode https://t.co/RzPlueccEh pic.twitter.com/ysUHvik0Sj

Announcement (source)
Monday, 29 May, 2017
Momentum is building towards a nationwide makarrata – a coming together, or healing – and will be the central theme at this year’s Garma, the Yothu Yindi Foundation said today.
YYF CEO Denise Bowden said the notion of a makarrata had been given fresh impetus at last week’s historic gathering of Indigenous leaders at Uluru.
“The principles of makarrata outlined by YYF chairman Dr Galarrwuy Yunupingu at last year’s Garma have guided the discussion around Constitutional recognition and related issues, and offer a framework for the next stage of that process, she said.
“The road ahead won’t be easy, but this has the potential to be a real game-changer. “Reconciliation won’t end with a single act or gesture, but we have to keep working together and there has to be give and take on both sides of the fence.” Makarrata is the central theme for the 19th annual Garma festival of Indigenous culture, which will take place between 4-7 August near Gove in northeast Arnhem Land.
Mrs Bowden said that in traditional Yolngu culture, a makarrata was a peace-making ceremony to heal divisions of the past between disputing clans.
“A senior mediator was called on to oversee the process, which typically involved the infliction of pain to the person who had committed the wrong,” she said.
“Traditionally, a spear to the thigh was an acceptable form of discipline. Once blood had been shed, and the cleansing ritual had taken place, clan groups would consider the dispute had been resolved.
“Clan groups thereafter had an optimistic future, no grudges were held, and life continued on for all.”

In the Yolngu language, the theme translates to Go! Bukulunghdun Makarrata wu’.
Garma will be the next major meeting of the nation’s Indigenous leaders in the wake of the historic Uluru summit last week.

Uluru Statement from the Heart (2017)