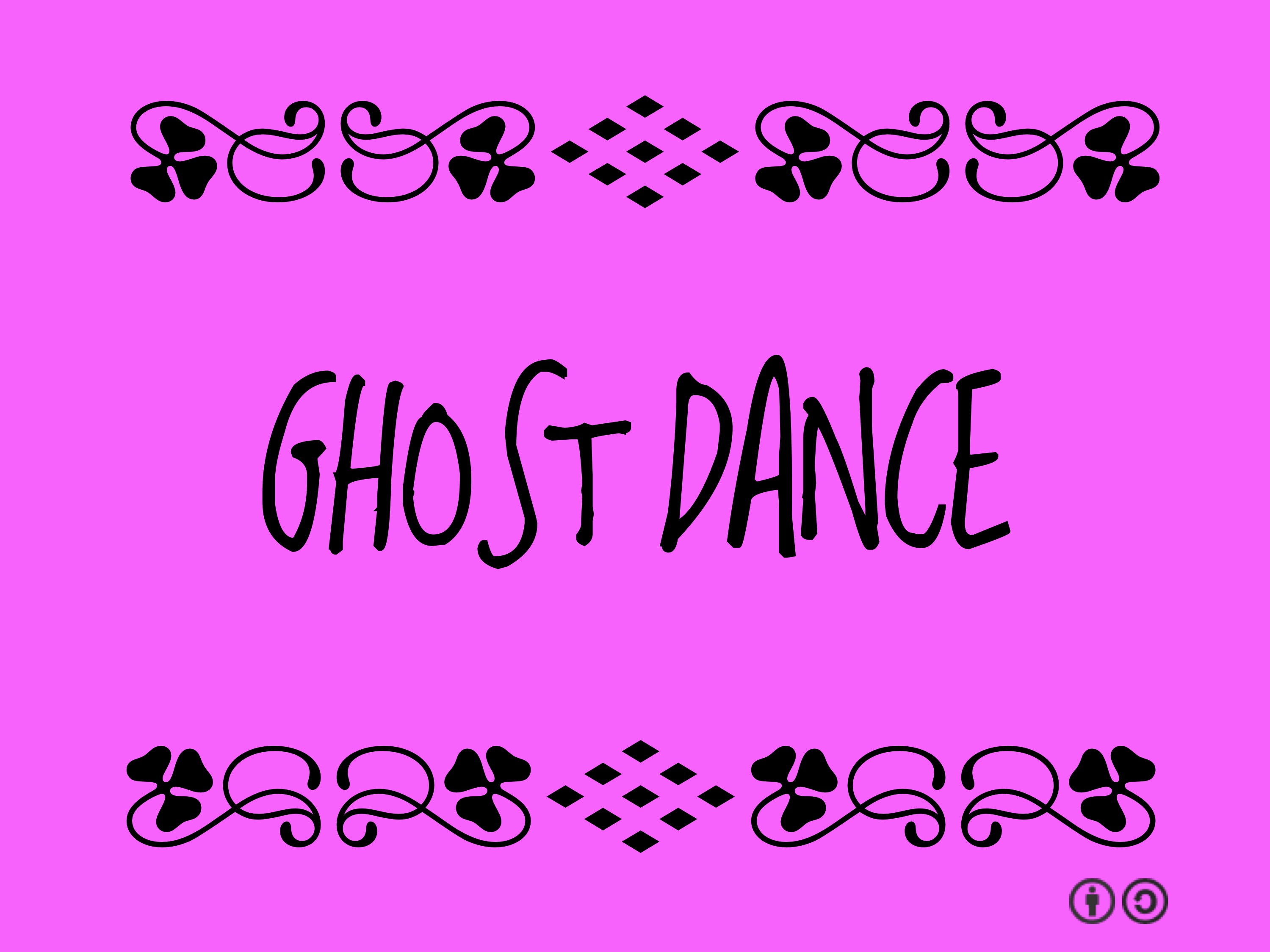 Wikipedia: The Ghost Dance (Caddo: Nanissáanah, also called the Ghost Dance of 1890) was a new religious movement incorporated into numerous Native American belief systems. According to the teachings of the Northern Paiute spiritual leader Wovoka (renamed Jack Wilson), proper practice of the dance would reunite the living with spirits of the dead, bring the spirits to fight on their behalf, make the white colonists leave, and bring peace, prosperity, and unity to Native American peoples throughout the region. The basis for the Ghost Dance is the circle dance, a traditional dance done by many Native Americans. The Ghost Dance was first practiced by the Nevada Northern Paiute in 1889. The practice swept throughout much of the Western United States, quickly reaching areas of California and Oklahoma. As the Ghost Dance spread from its original source, different tribes synthesized selective aspects of the ritual with their own beliefs.

Elsewhere on the Web
ghostdance.us