Goa is a state on the southwestern coast of India within the region known as the Konkan, and geographically separated from the Deccan highlands by the Western Ghats. It is surrounded by the Indian states of Maharashtra to the north and Karnataka to the east and south, with the Arabian Sea forming its western coast.

Goa Travel Mart: Variously known as “Pearl of the Orient” and a “Tourist Paradise”, the state of Goa is located on the western coast of India in the coastal belt known as Konkan … Over the centuries various dynasties have ruled Goa. Rashtrakutas, Kadambas, Silaharas, Chalukyas, Bahamani Muslims and most famously the Portuguese have been rulers of Goa. Goa was liberated by the Indian Army from Portuguese colonisation on December 19, 1961 and became an Union Territory along with the enclaves of Daman and Diu. On May 30, 1987 Goa was conferred statehood and became the 25th state of the Indian Republic.

Terekhol (Tiracol), Mandovi, Zuari, Chapora, Sal and Talpona are the main rivers which weave their way throughout the state forming the inland waterways.

Panaji (Panjim) is the state capital located on the banks of the Mandovi river and Vasco, Margao, Mapusa and Ponda are the other major towns.

Language
Along with English which is widely spoken all over Goa, Konkani and Marathi are the state languages. The national language Hindi is also well understood in most areas around the state.

Tourism
Since the arrival of the Hippies in the sixties, Goa has been a major destination on the itinerary of international and domestic tourists. The tourist season in Goa begins in late September and carries on through early March. The weather in these months is usually dry and pleasantly cool. 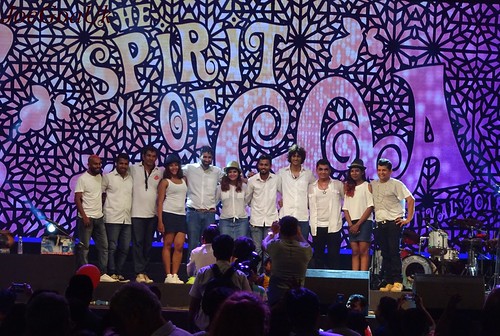