Grand Canyon National Park, a UNESCO World Heritage Site, encompasses 1,218,375 acres and lies on the Colorado Plateau in the state of Arizona. It was one of the first national parks created in the United States.

Geology
The chasm was carved by the Colorado River carved over the last 1.7-4.5 million years. The layer cake geology expose rock strata more than a billion years old.

Indigenous Roots
Humans have lived inside and around the canyon for at least 11,000 years. Indigenous people who have resided in the Grand Canyon include the Diné (Navajo), Hualapai, Huavasupai, Hopi and Kaibob Poitute.

Tourism
Railroads built lodges in national parks as part of the ‘See America First’ campaign begun in the early 1900s.

In 1901 a 64-mile (102 kilometers) railroad connected the town of Williams to the South Rim and tourists began arriving in serious numbers to the “destination resort.” The El Tovar Hotel was completed in 1905 and in 1922 Phantom Ranch provided accommodation on the canyon floor. Today reservations for Phantom Ranch are made a year in advance.

On the North Rim Grand Canyon Lodge was one of the last hotels built in the western United States. It first opened in 1928 and was rebuilt and re-opened after a fire in 1936.

When the Union Pacific Railroad ceased passenger operations in 1971, it donated the lodge and cabins to the National Park Service which leases the buildings to a concessionaire.

Tourism numbers have increased and today more than four million visit the park on an annual basis. That said, the average stay is less than a day.

Hiking
Overnight hiking requires a backcountry use permit. Day hikes do not require a permit or extra fee.

Colorado River
The Colorado River flows along the bottom of the canyon. In the 277-mile stretch, the river drops 2,000 feet. Stretches of tranquil water alternate with white-water rapids. Each year more than 20,000 people run the river. Because of the enormous depth of Grand Canyon, the river is visible only from certain viewpoints. It is a two-day hike to the river and back from the South Rim. It’s a longer trip from the North Rim.

The Colorado River is not the only factor responsible for the width of the canyon. The gap between the North and South rims is the result of erosion.

The rocks that were exposed by the Colorado River have broken down over millions of years.

Rims
The Canyon has traveler services at the South and North Rim. Few travelers visit both rims on a single visit. The journey takes at least 216 miles (346 kilometers).

Due to the north rim’s higher elevation (8,000 feet or 2,438 meters), it is open to visitors only from mid-May to mid-November. The north rim is visited by only 10% of all Grand Canyon visitors.

North Rim
The North Rim can get heavy snowfall during the winter months. The road into the North Rim (Highway 67) is closed from the first heavy snow in November or early December to mid-May.

Viewpoints — For the best views of the canyon from the north rim are three developed viewpoints: Point Imperial, Cape Royal, Bright Angel Point. At 8,803 feet Point Imperial is the highest overlook. Bright Angel Point is a quarter mile (400 meters) from Grand Canyon Lodge and follows a narrow trail. A fourth viewpoint, Point Sublime, is the western-most of the outlooks. Inquire about road conditions before heading out.

Lodging
The only lodging inside the north rim section of the park is the Grand Canyon Lodge — grandcanyonnorthrim.com — which has motel rooms and cabins. A spacious dining room offers a magnificent view of the canyon. The lodge is operated by Xanterra Parks and Resorts, a park management company contracted by the National Park Service.

The original Grand Canyon Lodge was destroyed by fire and rebuilt in 1937 by architect Gilbert Stanley Underwood. Its rustic construction of limestone walls and timbered ceilings is a National Historic Landmark.

Another fave on the north side: Jacob Lake Inn (Facebook) which narrowly survived the 2020 Mangum Fire.

Forests
Autumn is a beautiful time of year to visit as the aspen trees change color and contrast with the greenery of the Ponderosa Pines.

Forest fires destroyed a large chunk of the forest on both sides of Highway 67 south of Jacob Lake. Aspen trees are the first to regenerate.

Getting There
Access to the Grand Canyon is by land or air. The north rim is six hours driving from Las Vegas and three hours from Zion National Park. The south rim has two entrances, one on Highway 64 from Flagstaff and Williams, the other also on Highway 64 via Cameron and Highway 89.

The Amtrak train service serves Williams. The Grand Canyon Railway — http://www.thetrain.com — offers travelers a two-hour ride in restored 1920s Harriman coaches. Departures from Williams are at 9am and 1030am. Grand Canyon Airport is eight miles south of Grand Canyon Village on the South Rim. Commuter lines fly daily to and from Las Vegas.

Information Please
Entrance Fees — The entrance fee is valid for seven consecutive days from the date of purchase. A National Parks Pass covers admission to all national parks for one year. There are other promotions, including the Golden Eagle Passport and Golden Age Passport.

Visitors Center — Visitor Centers on both the North and South Rim offer park information, interpretive exhibits and a bookstore. Rangers are on duty to answer questions and help travelers arrange a visit suited to individual needs. Open daily 8am-6pm.

Altitude — Visitors with respiratory or heart problems may experience difficulties. All walking at this elevation can be strenuous.

Safety — Be aware of water availability and changing weather. Many hikers have died due to heatstroke and dehydration. More than 250 people are rescued from the canyon each year. Avoid hiking in the heat of day (10am to 4pm) and do not attempt to hike to the river and back in one day.
Ranger Programs — National Park Service rangers offer a wide variety of interpretive programs seasonally on the North Rim. All ranger programs are free and open to the public.

Recycling — Grand Canon National Park has one of the most comprehensive recycling programs of any national park. Dispose of materials that can be recycled — paper, aluminum cans — in specially marked recycling bins.

Parks Pass — The National Parks Pass can be purchased for and admits the pass holder and accompanying passengers in a private vehicle to all national parks for one year.

Time — Arizona remains on Mountain Standard Time (MST) year-round. Daylight Saving Time is not observed, except on the Navajo Reservation.

Wildlife Tips
Never approach wild animals. Take pictures of wild animals from the safety of your vehicle. It is dangerous and illegal to feed wild animals in a national park. Violators will be fined. 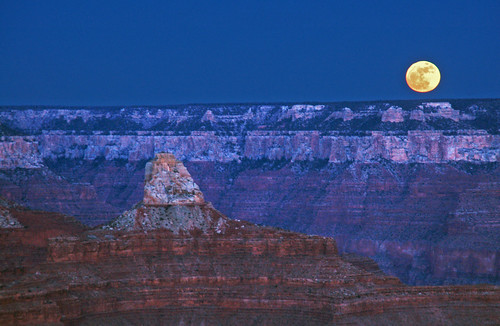