Ireland hosts the annual National Heritage Week August 19-27, 2017 with the motto “Discover the past. Build the future.” Hashtag: #HeritageWeek

About the event
Each year many national and hundreds of local community organisations participate by organising events throughout Ireland. Many of the events that take place during the week are free and the programme highlights the abundance of great work that is carried out in all communities in Ireland to preserve and promote our natural, built and cultural heritage.

Whether it is nature and wildlife, folklore, or built heritage, National Heritage Week aims to deliver messages and events that are positive, engaging and relevant in people’s day to day lives. Any person or organisation can actively take part in the Week and organise an event which educates people and promotes an aspect of Irelands Heritage.

Events hosted nationwide are hugely diverse in subject and many are organised by local communities lending great authenticity and variety to the events. Examples of events (to name but a few) include medieval fairs, night-time bat walks, wildlife walks and lectures, traditional music sessions, storytelling, historical re-enactments, and local history walks and talks and maritime and coastal events. In addition many heritage sites and historic properties will offer free admission or special concessions.

2017 Spotlight topics
Data is not just for tech companies, it is also invaluable to understanding our natural surroundings and how to protect them. Set up by the Heritage Council in 2007, the National Biodiversity Data Centre documents Ireland’s wildlife by recording, managing and analysing data and information. The NBDC needs citizen scientists to take part in the recording of Ireland’s diverse species. This information is validated and then made available on the Data Centre’s Biodiversity Maps. More info about using-data-for-nature. and biodiversity events.

See what's happening during #HeritageWeek with hundreds of events across Ireland this 19-27 August https://t.co/eWSBWyaKNa pic.twitter.com/sabRoFLQXe

Learn about the folklore and place names of Ardara, Donegal by joining Loughros Heritage Group for lovely shoreline for @HeritageWeek pic.twitter.com/IqFC4TNmEO

National #HeritageWeek is less than a month away and we have a full range of exciting tours and workshops for you! Sign up for FREE! #Cork pic.twitter.com/D7ARpBz93D 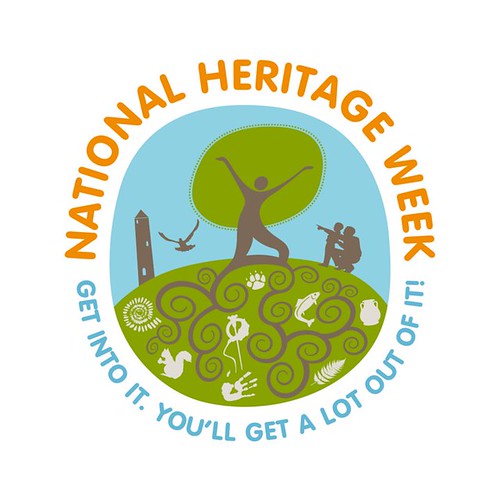