Wikipedia: Interstate 40 (I-40) is a major east-west Interstate Highway running through the south-central portion of the United States generally north of I-10 and I-20 but south of I-70. The western end is at I-15 in Barstow, California; its eastern end is at a concurrency of U.S. Route 117 (U 117) and North Carolina Highway 132 in Wilmington, North Carolina. It is the third-longest Interstate Highway in the United States, behind I-80 and I-90. Much of the western part of I-40, from Oklahoma City to Barstow parallels or overlays the historic U 66, east of Oklahoma City the route generally parallels US 64 and US 70. I-40 runs through many major cities including Albuquerque, New Mexico; Amarillo, Texas; Oklahoma City, Oklahoma; Little Rock, Arkansas; Memphis, Tennessee; Nashville, Tennessee; Knoxville, Tennessee; and Raleigh, North Carolina. 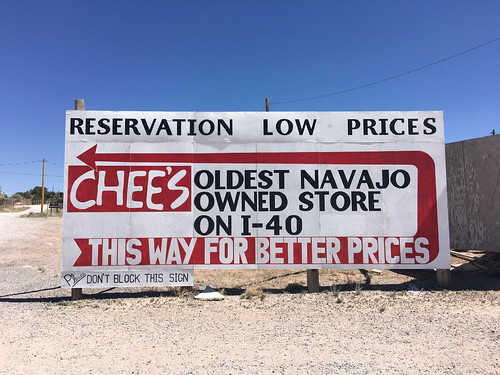