Reflecting on the life and contributions of John Muir

Quotes
The mountains are calling and I must go.

Who publishes the sheet-music of the winds or the music of water written in river-lines?

God has cared for these trees, saved them from drought, disease, avalanches, and a thousand straining, leveling tempests and floods; but he cannot save them from fools.

The clearest way into the Universe is through a forest wilderness.

Thousands of tired, nerve-shaken, over-civilized people are beginning to find out going to the mountains is going home; that wilderness is a necessity.

I only went out for a walk, and finally concluded to stay out till sundown, for going out, I found, was really going in.

When one tugs at a single thing in nature, he finds it attached to the rest of the world. 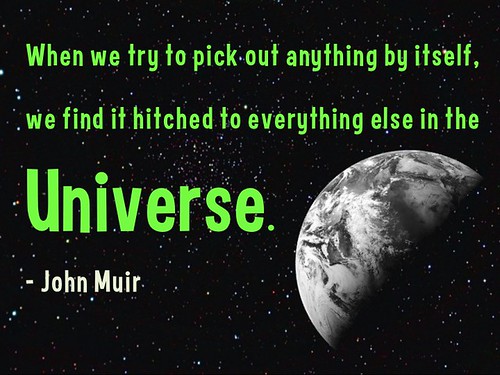