John Wesley Powell was a Civil War major, scientist & intrepid explorer. In 1869, he led the first scientific expedition of the Green and Colorado rivers, finally mapping the Grand Canyon. On August 30, 2019 @Interior honored him with John Wesley Powell Day.

John Wesley Powell Day
Source: August 30, 2019 By the Secretary of the Interior of the United States of America A PROCLAMATION WHEREAS, John Wesley Powell (March 24, 1834-September 23, 1902), a Major in the Union Army and the second Director of the U.S. Geological Survey (USGS), significantly contributed to scientific knowledge and the popular appreciation of the Colorado River Basin and Grand Canyon region; and WHEREAS, Major Powell, joined by nine others, led the famed 1869 cartographic river expedition down the Colorado River and through the Grand Canyon; and WHEREAS, the explorers traversed through the largely unexplored region in their famed wooden boats-including the Emma Dean and the Maid of the Canon-leaving names on the landscape that are still used today, such as Flaming Gorge, Gates of Lodore, Echo and Marble Canyons, and Separation Rapids; and WHEREAS, the more than 900-mile expedition that began on the Green River on May 24, 1869, at Green River, Wyoming, and converged with the Grand River, known today as the Colorado River, near Moab, Utah, and continued through the treacherous rapids of the Grand Canyon, reaching safety on August 30, 1869, near St. Thomas, Nevada, before two crew members continued on to the River’s terminus in the Gulf of California, resulted in the first documented river exploration of the Grand Canyon; and WHEREAS, the perilous journey saw only six men and two boats survive to the confluence of the Virgin and Colorado Rivers on August 30, 1869, after one man quit in Utah when his boat sank, and three men departed the expedition at Separation Rapids in the Grand Canyon never to be seen or heard from again; and WHEREAS, in 1873, Major Powell travelled with the famous painter, Thomas Moran, to the Grand Canyon region, enabling the production of The Chasm of the Colorado, which hung in the Capitol, introducing many Americans to the region’s striking beauty; and WHEREAS, the Grand Canyon was further popularized by stereographs produced and sold by Major Powell, John K. Hillers, and Almon Harris Thompson, bringing the splendor of the Grand Canyon to American homes; and
WHEREAS, Major Powell popularized the Grand Canyon name by being the first to affix it to his widely circulated and reproduced topographic maps; and WHEREAS, Major Powell would later go on to be the founder and fust Director of the Bureau of Ethnology at the Smithsonian Institution, the second Director ofUSGS, and would also play a role in founding the National Geographic Society; and WHEREAS, Congress, responding to the popular demand of the American people and recognizing the geologically and naturally unique environment of the Grand Canyon region as portrayed by Major Powell, designated the Grand Canyon as a national park on February 26, 1919; and WHEREAS, Grand Canyon National Park continues to attract millions of visitors annually, providing Americans with access to some of the Nation’s most striking public lands; and WHEREAS, the preservation of Grand Canyon National Park has protected numerous important archeological sites and native habitat for approximately 600 species that reside in Grand Canyon National Park; NOW, THEREFORE, in recognition of the importance of the many scientific and historical accomplishments of Major John Wesley Powell and in recognition of the designation of Grand Canyon National Park, I, David L. Bernhardt, Secretary of the Interior, do hereby proclaim August 30, 2019, as John Wesley Powell Day at the Department of the Interior (Department). I issue this proclamation in honor of the 150th anniversary of Major Powell’s acclaimed scientific expedition through the Grand Canyon, in recognition of the 100th anniversary of the designation of Grand Canyon National Park, and to provide an opportunity for visitors to our parks, refuges, and public lands to reflect on the history, stewardship, and importance of the Colorado River resource. I call upon the American public to join the Department in recognizing the many achievements brought about by Major Powell’s 1869 river expedition that have contributed to the stewardship role the Department plays in conserving our vital resources in the West and throughout the Nation. IN WITNESS WHEREOF, I have hereunto set my hand this~ day of August 2019, the two hundred forty-fourth year of the Independence of the United States of America.

Lake Powell
Lake Powell was created by the flooding of Glen Canyon by the Glen Canyon Dam, which also led to the creation of Glen Canyon National Recreation Area, a popular summer destination. The reservoir is named for explorer John Wesley Powell, a one-armed American Civil War veteran who explored the river via three wooden boats in 1869. 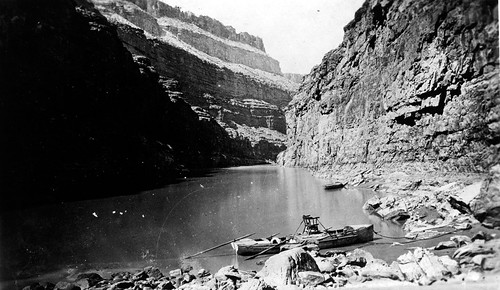 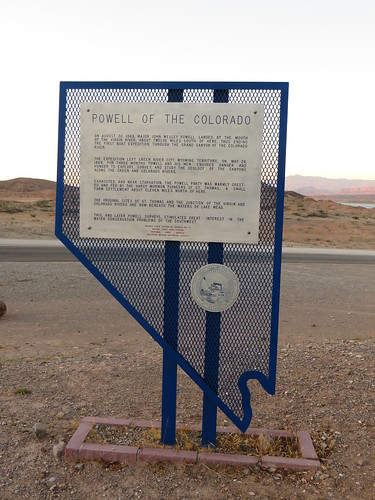 Now that the temperatures are cooling, heading to downtown Las Vegas to see if the leaves change on the new trees on Fremont Street
🌎 https://www.planeta.com/dtlv #DTLV #LasVegas

Open Educational Resources are teaching, learning and research materials in any medium that reside in the public domain or have been released under an open license that permits no-cost access, use, adaptation, and redistribution by others
🌎 https://www.planeta.com/oer