What would journalism insiders like others know? Presenting relevant links in a somewhat fashion:

Recommended Listening
The Year that Made Me: Ray Bonner, 1980 – After covering wars, coups and massacres, an award-winning journalist launches his next adventure – running a bookshop, Sydney’s Bookoccino.
bookoccino.com.au

The post journalistic world – Digital news platforms are now losing their control over distribution to the goliaths of the online world – Facebook and Google. So what are the implications for the future of serious, civic journalism?

Making journalism public – Veteran US journalists Jay Rosen and John B. Judis discuss how the recent US shutdown augers for the future of both political parties, as well as a look at the role of citizen journalism, and how the media can serve the public interest when the public themselves are now becoming involved in the media.

Open journalism – It’s fashionable and cool but is it also a radical new direction for journalism? And will it become the framework for how we produce and consume our news in the future? We speak to three people doing their bit for open journalism today.

Robo-journalism: news automation is here – There are news stories being published right now which were generated by complex computer algorithms. They’re mostly sport and finance news stories, but how far might robo-journalism take us in the future?

The future of news – In a special report for The Economist on the future of news, Tom Standage writes about the great historical irony at the heart of the current transformation of news. “The industry is being reshaped by technology – but by undermining the mass media’s business models, that technology is in many ways returning the industry to the more vibrant, freewheeling and discursive ways of the pre-industrial era.”

Newsgames – gaming as reporting – When Apple’s Itunes refused to distribute the news-based computer game, Endgame: Syria, it said it was because they don’t allow games depicting real people and real events. So where does this leave newsgames, which aim to bring the news to your gaming console?

The invention of news – This week, the origins of news in Europe. Medieval merchants were the first to formalise a process for sharing political and business information, sparking a variety of modes of news that eventuated in the newspapers we read today.

Ron’s Essay
That’s all the time we have no longer works when we have all the time in the world if we re-imagine journalism for the 21st century.

Today the story begins anew after the final stop. The conversation continues and sometimes goes viral.

About 30 years ago (1985) Neil Postman wrote the classic Amusing Ourselves to Death: Public Discourse in the Age of Show Business which forever changed the way we view ‘news’ and ‘entertainment.’ While journalism as entertainment is currently satirized by programs such as the Daily Show, the topic of what stories are considered ‘news,’ which frames are used to tell a story on the news or editorial page remain off the radar outside of a handful of media criticism programs.

Jay Rosen writes “The outlines of the new system are coming into view. Accuracy and verification, fairness and intellectual honesty–traditional virtues for sure–join up with transparency, “show your work,” the re-voicing of individual journalists, fact-checking, calling BS when needed and avoiding false balance.” (Source)

“Trust production requires a new form of storytelling, one in which meaningful engagement is valued. The top-down ‘insider’ approach is failing to inform us and increasingly failing to entertain us. But have we found the alternative? Professional journalism and investigative reporting appears to be in free fall. Open journalism fails to offer financial incentives for editors and publishers. Sullivan’s take on reporters is most welcome, but it’s a philosophy that should have been embraced a decade ago.” 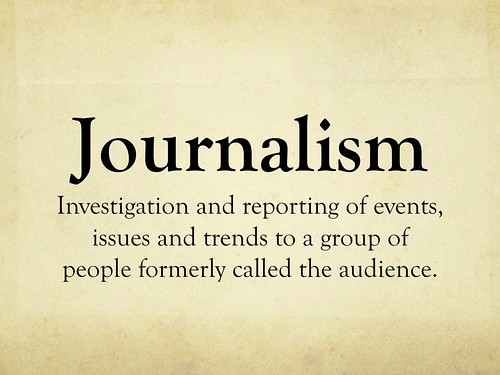 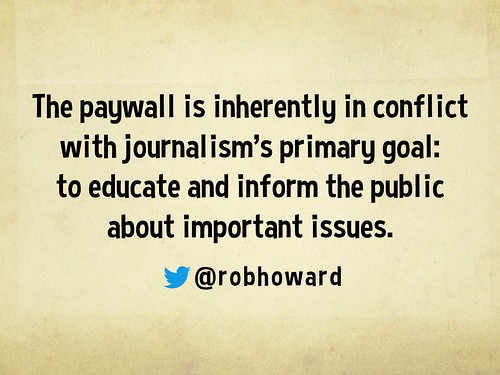 Journalists Must Demystify the Green New Deal – The Nation @markhertsgaard:

In a word, journalists must demystify the Green New Deal. The public and policy-makers alike need a foundation of accurate information and fact-based analysis before they can intelligently decide whether to support this response to the climate problem, not to mention the ongoing economic contraction driven by coronavirus lockdowns … This moment—arguably America’s last to get the climate issue right—demands that the press do a much better job of explaining these scientific and economic realities to their audiences. Trump, according to his own words and actions, has no plan on climate. Biden does have a plan, one that is informed by, but ultimately different from, the Green New Deal. Rather than contributing to an environment in which the words “Green New Deal” are treated as a political liability, good journalism should assess both candidates’ plans on their merits and inform the public accordingly. That means also finally telling audiences the truth about the Green New Deal.