The Korean Peninsula is a peninsula in East Asia. It extends southwards for about 1,100 km (680 mi) from continental Asia into the Pacific Ocean and is surrounded by the East Sea to the east, and the Yellow Sea (known in Korea as West Sea) to the west, the Korea Strait connecting the first two bodies of water. – Wikipedia 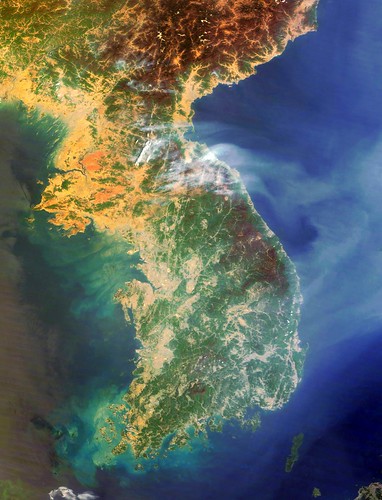