The Yugambeh Aboriginal people know this area as Woonoongoora, and these mountains are considered sacred.

This 20,600-hectare park is part of the Gondwana Rainforests of Australia World Heritage Area, famed for its ongoing geological processes, evolutionary history, and diversity (especially of rare, threatened, and endemic species).

The park is located on the Lamington Plateau of the McPherson Range on the Queensland/New South Wales border in Australia. From Southport on the Gold Coast the park is 85 kilometers (53 mi) to the southwest and Brisbane is 110 kilometers (68 mi) north.

Lamington National Park is made up of two sections: Green Mountains and Binna Burra. Green Mountains section is located on the western side of the Lamington Plateau in an area called O’Reilly.

September 2019: Park closed due to wildfire

Aboriginal Connections
At the time of European settlement the area of what is now the Lamington National Park was inhabited by Aboriginal People of several tribal groups, the Birinburra, Kombumerri, Wanggerriburra and the Migunberri. They were of the Yugambeh Language Group. Other members of the group lived in the Gold Coast and Tweed areas, including the hinterland, from about the Logan River to the Tweed River. (Josephine Flood, 2004, Archaeology of the Dreamtime)

Elsewhere on the Web
calderawildscapes.org

Stray Observations
May 15, 2007, Gondwana Rainforests of Australia was added to the National Heritage List

Headlines
An obituary for Binna Burra Lodge, which first moved me when I was a teenager

Our Living Outback: Over the years Queenslanders have continued the fight for our parks, protecting the places we know and love today. Lamington National Park, Woonoongoora in Yugambeh language, is known for lush rainforests, ancient trees & incredible views. But it wasn’t always protected for us to enjoy and nature to survive… In 1910 Romeo Lahey from Canungra took up the fight to protect Lamington Plateau from destruction. He called for more than 20,000 ha of timber reserves be converted to national park. He lobbied politicians, talked to scientists, wrote to newspapers, gave presentations and went door to door with more than half of the local electorate backing his petition to protect Lamington. “I do not remember my reasoning but the idea of those glorious falls being destroyed by selection higher up filled me with an intense determination to have them kept for people who would love them, but who did not even dream of their existence.” Although Romeo Lahey preferred ‘Woonoongoora’ the area was gazetted as Lamington National Park in 1915 by the Queensland Government for people and nature. 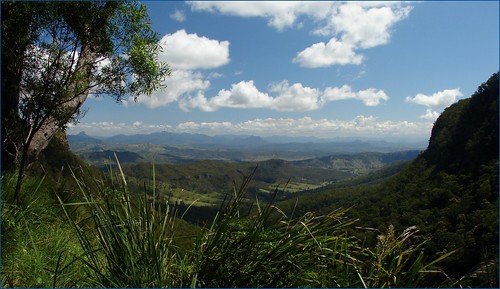 Registering for this month's hybrid event and updating our spotlight on North America's Commission for Environmental Cooperation
🌎 https://www.planeta.com/commission-environmental-cooperation @CECweb

Join us at the 2022 CEC Council Session for 2 days of in-depth discussions on climate action & community impact! #CEC29

La ley de dos pies = Law of two feet: If people find themselves in situations where they are neither learning nor contributing, they are responsible for moving to another place, using their two feet to find a place where participation is more meaningful.
https://www.planeta.com/ost