FWS About: Malheur National Wildlife Refuge was established on August 18, 1908, by President Theodore Roosevelt as the Lake Malheur Reservation. Roosevelt set aside unclaimed government lands encompassed by Malheur, Mud and Harney Lakes “as a preserve and breeding ground for native birds.” The newly established “Lake Malheur Reservation” was the 19th of 51 wildlife refuges created by Roosevelt during his tenure as president. At the time, Malheur was the third refuge in Oregon and one of only six refuges west of the Mississippi.

In the late 1880s, plume hunters decimated North American bird populations in pursuit of breeding feathers for the hat industry. Hunters targeted large flocks of colonial nesting birds and shorebirds, killing birds indiscriminately and orphaning chicks. Eventually, the large numbers of colonial nesting birds on Malheur Lake were discovered by plume hunters. In 1908, wildlife photographers William L. Finley and Herman T. Bohlman discovered that most of the white herons (egrets) on Malheur Lake had been killed in 1898 by plume hunters. After 10 years, the white heron population still had not recovered. With backing from the Oregon Audubon Society, Finley and Bohlman proposed establishment of a bird reservation to protect birds, using Malheur, Mud and Harney lakes.

The refuge now encompasses 187,757 acres of wildlife habitat. The 65,000-acre Blitzen Valley was purchased in 1935 and added to the refuge to secure water rights for Malheur and Mud lakes. With the creation of the Civilian Conservation Corps (CCC) in 1933, the refuge was able to use this additional manpower to begin major improvements on the refuge in 1935. The CCC constructed most of the infrastructure in the Blitzen Valley, including the Center Patrol Road which travels through the center of the refuge. The 14,000-acre Double-O Unit was added to the refuge in 1942 and provides important shorebird habitat, as well as waterfowl nesting areas. Malheur Refuge is situated within the Harney Basin in southeastern Oregon. Located in the Northern Great Basin, this portion of the State is lightly populated, generally arid with cold winters, and characterized by wide open spaces.

The refuge constitutes a small percentage of the Northern Great Basin’s total acreage but is a tremendously important source of wildlife habitat relative to other portions of the Northern Great Basin. The refuge represents a crucial stop along the Pacific Flyway and offers resting, breeding and nesting habitat for hundreds of migratory birds and other wildlife. Many of the species migrating through or breeding here are highlighted as priority species in national bird conservation plans. 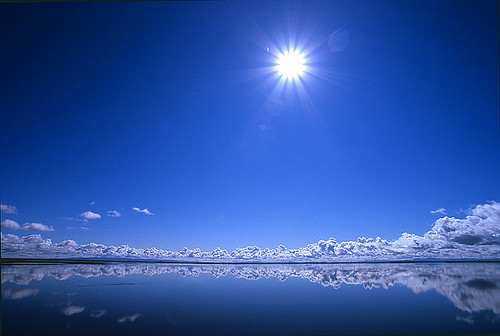