One of the more amazing sites in the world and most certainly along Interstate 40, Exit 233 … Meteor Crater

Wikipedia: Meteor Crater is a meteorite impact crater approximately 37 miles (60 km) east of Flagstaff and 18 miles (29 km) west of Winslow in the northern Arizona desert of the United States. Because the United States Board on Geographic Names commonly recognizes names of natural features derived from the nearest post office, the feature acquired the name of “Meteor Crater” from the nearby post office named Meteor. The site was formerly known as the Canyon Diablo Crater and fragments of the meteorite are officially called the Canyon Diablo Meteorite. Scientists refer to the crater as Barringer Crater in honor of Daniel Barringer, who was first to suggest that it was produced by meteorite impact. The crater is privately owned by the Barringer family through their Barringer Crater Company, which proclaims it to be the “best preserved meteorite crater on Earth.” Despite its importance as a geological site, the crater is not protected as a national monument, a status that would require federal ownership. It was designated a National Natural Landmark in November 1967. 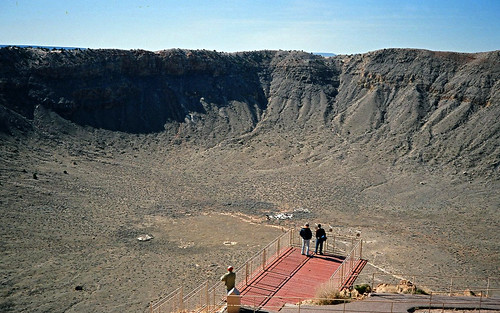 Defending the planet is one of the deadliest jobs out there. @Global_Witness counted and found 200 environment and land defenders killed last year alone, with Mexico by far the most dangerous country for activists.

Mark Stevenson has the details for @AP.
https://apnews.com/article/business-mexico-colombia-caribbean-brazil-a006272c82ac546bf9cdfc0917c2420c

Consider these tips: how to travel responsibly on Country in the Northern Territory @nt_australia
https://youtu.be/-7vixaO-QNs