Coyoacán (‘The coyote waterplace’ in Náhuatl) is one of the 16 delegaciones (boroughs) in Mexico City.

An important street in Coyoacán is Francisco Sosa which starts in Avenida Universidad and ends in Coyoacán’s main square. On this street are beautiful mansions. The street also has bookstores, crafts, and a number of academies of music and dancing.

Coyoacán was home to Mexican artists Frida Kahlo and Diego Rivera. Spot the ash tree planted by Wilhelm Kahlo, the father of Frida, at the entrance of the Casa Azul. 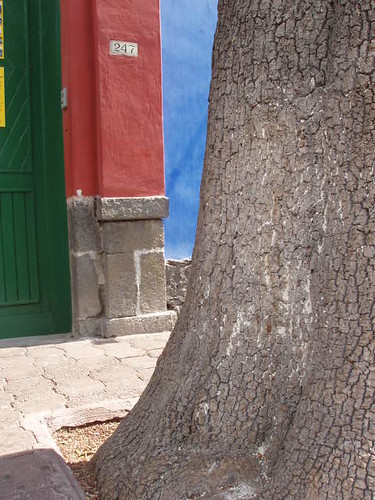 The neighborhood was also home to Leon Trotsky. His house has also been converted into a museum.

History
During the Aztec empire Coyoacán was a town of its own and a major center of trade on the southern shore of Lake Texcoco. After the Spanish conquest Hernán Cortés made his residence there. Coyoacán remained a separate town until 1950 when it was swallowed up by Mexico City.

Elsewhere on the Web
viveroscoyoacan.gob.mx 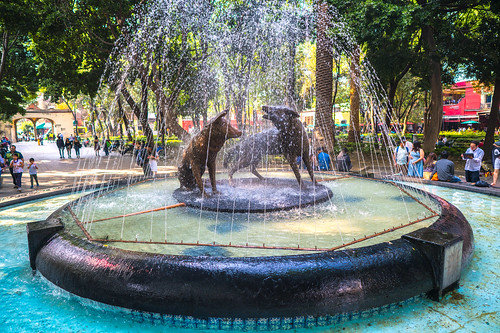