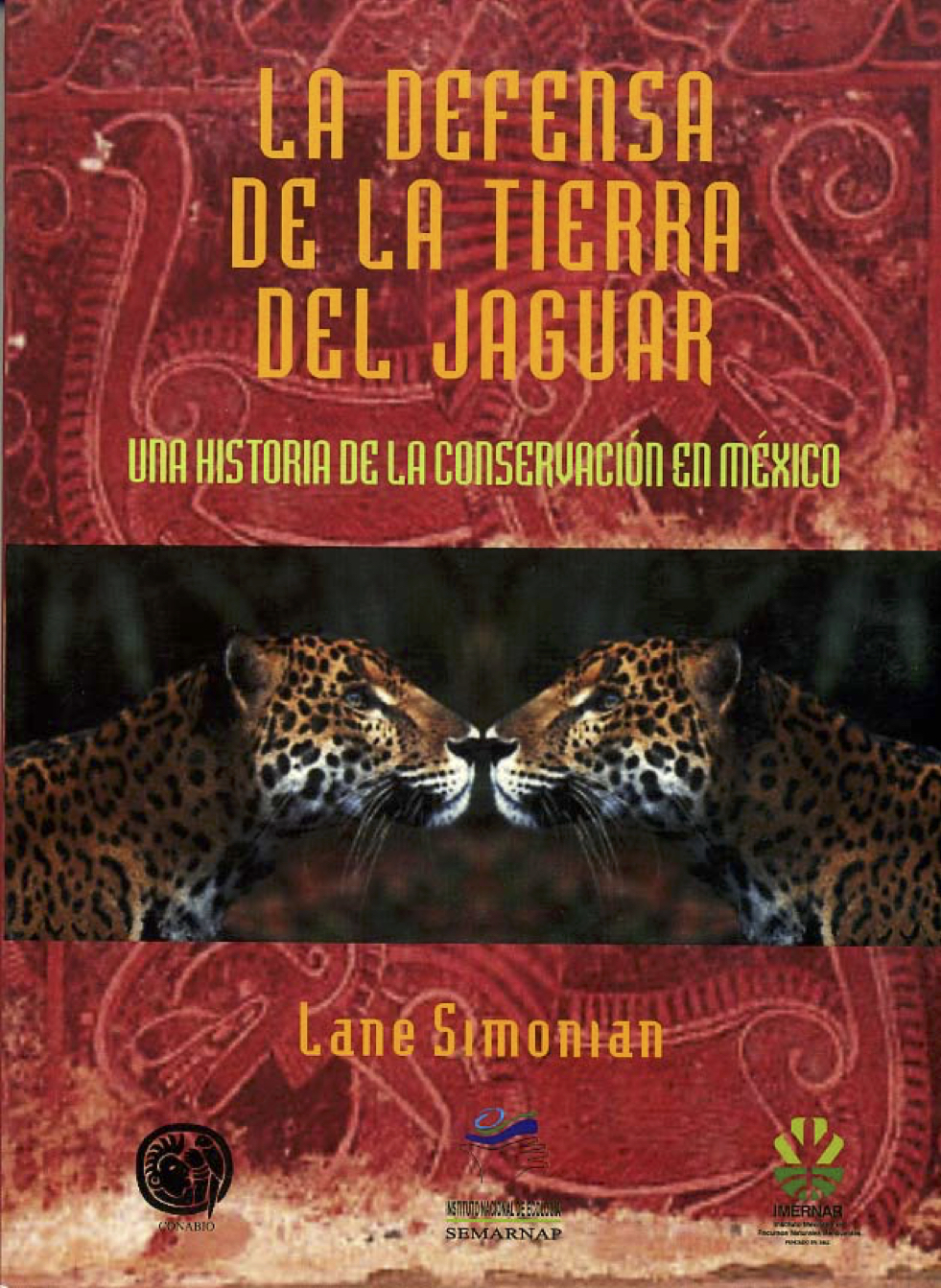 Kudos to author Lane Simonian for producing the definitive account of Mexican environmental history. Defending the Land of the Jaguar (1996) which traces the history of conservation and environmentalism in Mexico from the pre-Conquest era to the early 90s. Originally published by University of Texas Press, it was translated and published in Spanish from the National Institute of Ecology. Download: centro.paot.org.mx

The Spanish-language version is most welcome, since the history of Mexican conservation that Simonian traces from Indigenous cultures to the early 1990s is absent from most histories of Mexico and unknown to many Mexicans.

How many, for example, know that the Quevedo metro stop is named after Mexico’s conservationist hero, Miguel Angel de Quevedo?

Among his many successes were the naming of Desierto de los Leones as a national park and a rethinking of much of the country’s forest policy. I read this book with some trepidation, since it’s a subject so close to my heart, having covered interior and border environmental issues for the past decade. Conveniently, the book ends just at the time that I entered Mexico. In some ways I wish I had had this book when I first started reporting, but I guess I was lucky to be able to explore some of these topics on my own.

Still, I wish that someone had introduced me to these pioneers early on. For example, Miguel Alvarez del Toro inherited a gloomy zoo in Chiapas and turned it into one of the hemisphere’s premier examples of natural interpretation. Enrique Beltran campaigned for a the creation of a conservation organization in 1940s and founded the Mexican Institute of Renewable Natural Resources. These notable efforts should be more widely known, especially to nay-sayers who ignore Mexico’s conservationist history and possibilities.

Defending the Land of the Jaguar is a welcome title for any Mexicophile and a must read for anyone interested in Latin American environmental issues. Simonian is an author to take note of. His research is extraordinary, and — good news — he is working on a book about the Andes.

Excerpts
The pre-Conquest Indians of Mexico were, with qualifications, the region’s first conservationists. In some instances, they carefully managed the natural world in a conscious attempt to impede environmental degradation… Yet at the same time, the ancient peoples of Mexico often held religious belief and engaged in agricultural practices that resulted in the exploitation of the environment. (p. 2)

By the time of Columbus’ voyages to the New World, the Spanish monarchy had begun to take steps to confront regional shortages of wood. The Spanish crown promulgated conservation laws for their colonies as well. (p. 29)

Early in the seventeenth century, the cosmographer Henrico Martinez issued one of the most dire warnings. According to Martinez, soils eroded from mountainous plots were filling in the lakes of the region. Since the amount of rainfall remained constant, the water had nowhere to go but over the rim of the lakes, inundating the city. (p.29)

Quevedo cited Humboldt’s observation that deforestation of the mountains around Mexico City was responsible for the inundations that the city suffered… He was also influenced by the Spanish chronicler Juan de Torquemada, who thought that a reduction in the size of the valley’s lacustrine zone would produce a higher incidence of disease because of swirling dust and bad vapors (which he argued were diluted by the humid air coming from the lakes). (p. 69)

Unlike Canada and the United States, where rain fell on a fairly regular basis, Mexico experienced long dry spells punctuated by brief periods of heavy rains and so was highly susceptible to both droughts and flooding. Forests were a safeguard against both of these disasters. (p. 77)

By his own admission, Cardenas had been inattentive to environmental issues while governor of his native state of Michoacán (1928-1934). Because of his neglect, many of Michoacán’s beautiful forests had been denuded and once large springs had dried up. (p. 86)

At the First World Conference on National Parks held in Seattle in 1962, Beltran suggested that the conflict between preservation and use could be avoided through a zoning system… A decade later, zoning had become the dominate approach to wilderness protection in the Third World. (p. 139)