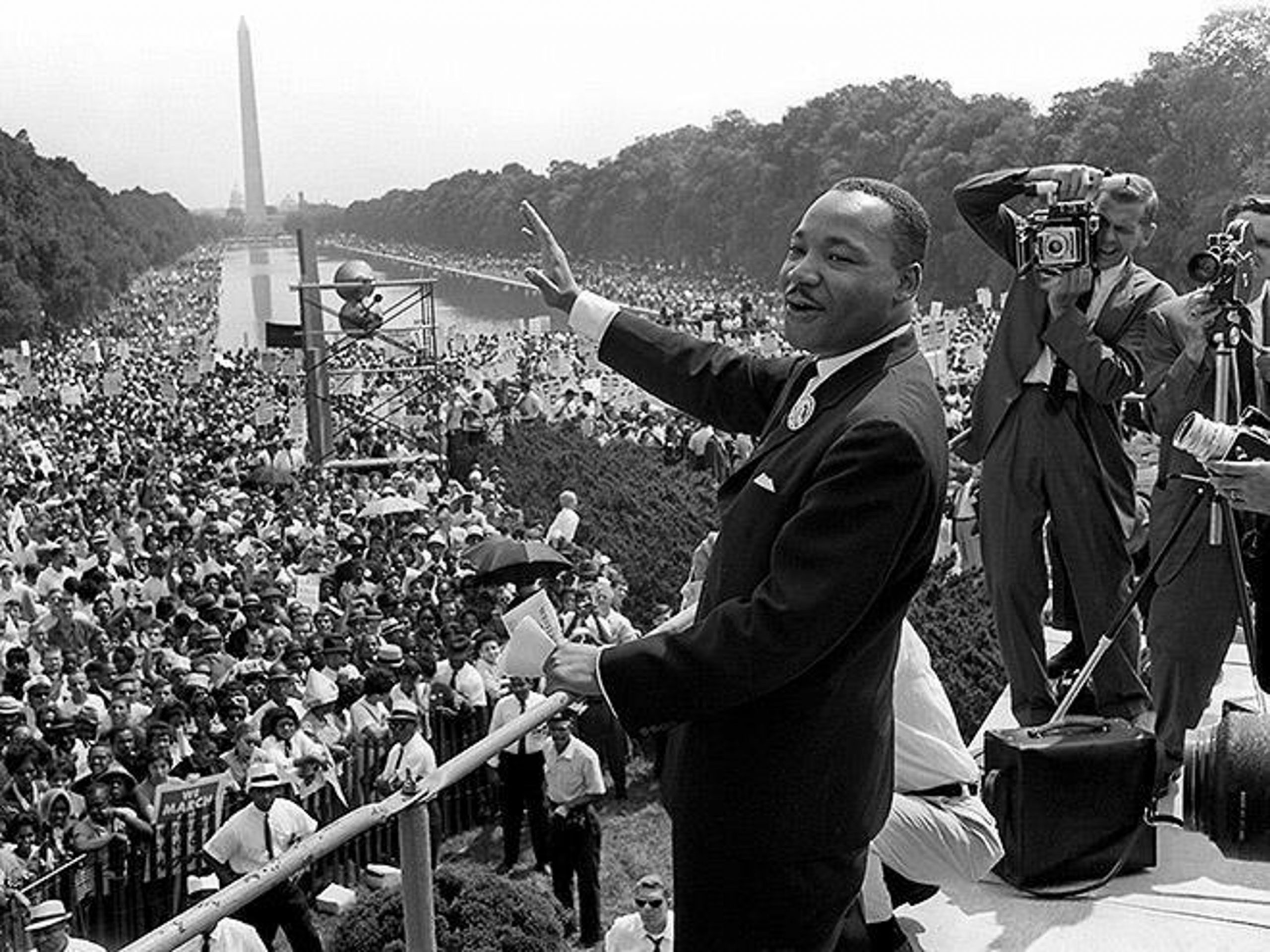 Wikipedia: Martin Luther King Junior (January 15, 1929 – April 4, 1968) was an American Baptist minister and activist who was a leader in the Civil Rights Movement. He is best known for his role in the advancement of civil rights using nonviolent civil disobedience based on his Christian beliefs.

Planeta.com is updating our spotlight on places relevant to Reverend King’s legacy and our collection of quotes translated in Spanish.

Elsewhere on the Web
I Have a Dream
kinginstitute.stanford.edu