NATO’s purpose is to guarantee the freedom and security of its members through political and military means.

The 30-member alliance, was formed in 1949 to counter the then Soviet Union.

Political – NATO promotes democratic values and enables members to consult and cooperate on defence and security-related issues to solve problems, build trust and, in the long run, prevent conflict.

Military – NATO is committed to the peaceful resolution of disputes. If diplomatic efforts fail, it has the military power to undertake crisis-management operations. These are carried out under the collective defence clause of NATO’s founding treaty – Article 5 of the Washington Treaty or under a United Nations mandate, alone or in cooperation with other countries and international organisations. 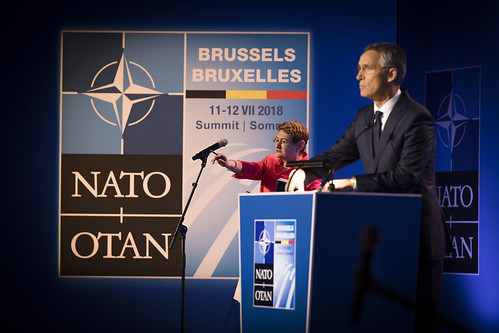