What would locals like others know about New South Wales? Presenting relevant links in a somewhat random fashion:

Events
March Parks Week is an annual celebration of the important role that NSW parks play for people, communities and the natural environment. It’s also the perfect opportunity to connect with nature by booking one of guided tours or events in your local NSW national park. @OEHmedia

Recommended Listening
The harder they fall – stories of life and death in the South East Forests of NSW – Author & naturalist John Blay is our guide as we venture deep into The South East Forests of New South Wales -Coolangubra, Tantawangalow, Eden – they’re full of stories from the distant past and the present; a history from pristine wilderness to industrial logging, from old growth trees to woodchips.

What Katy did: a 19th century documenter of Indigenous language and stories – When Katherine ‘Katy’ Langloh Parker moved to the remote north west of NSW in the 1880s, she became one of the first people to notate an Indigenous language.

Where do you belong? – RN’s My Place digital storytelling project is all about the meaning we derive from place and belonging. Awaye! presenter Daniel Browning is from Fingal, a sand peninsula on the far north coast of New South Wales between the Tweed River and the Pacific Ocean – a place that is pounded by king tides and battered by erosion.

Historic bushwalking re-enactment celebrates a state’s love of conservation – One hundred years ago, Myles Dunphy and Bert Gallop embarked on a journey right through the heart of the southern Blue Mountains in New South Wales.Over 21 days, they snaked from Katoomba to Picton in the state’s east, through thick scrub and across the Kowmung River in full flood.

A living harbour – Sydney Harbour is renowned the world over as a stunningly beautiful waterway. Its intricate and intimate coves, deep inlets and tiny beaches, headlands and islands are still lushly vegetated. Its period of industrial use was relatively short-lived, and industrial sites are now being reclaimed as reserves, or for residential development.

The war of the camphor laurels – A million camphor laurel trees have spread throughout the Bellinger valley in northern New South Wales. It’s only taken them a hundred years. As one lover of Australia’s native bush says, ‘Big is beautiful in tree aesthetics. To a tree-lover they look magnificent, while to a lover of native forest they look like giant weeds.’ Nothing grows under a camphor laurel – or nothing much.

Rock of the ages – Deep in the most inhospitable reaches of the Wollemi National Park northwest of Sydney archaeological survey teams and Aboriginal community members have joined together to map cultural heritage sites in a place described as a world that time forgot. In a secret location, hundreds of spectacular examples of engravings, stencils and rock art have been found. 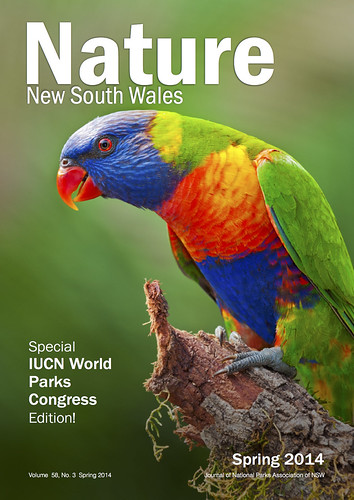 Parks and Environment
NPWS manages more than 860 national parks and reserves, that is more than 7 million hectares comprising landscapes from rainforests and rugged bush to coastal landscapes and outback deserts.

Environment Minister Robyn Parker said it was ”committed to increasing access and opportunities for tourism in national parks”. She said there were 18.5 million visits to regional national parks in 2012, up 5 per cent from 2010.
Report’s call to open up national parks for more tourism

2017 is the 50th anniversary of the New South Wales National Parks and Wildlife Service. Born out of the Land Department’s Parks and Reserves division and the New South Wales Fauna Protection Panel, it was largely the brain child of a Liberal politician, the Honourable Tom Lewis.
The service’s 50th birthday is a cause for celebration – as some of its achievements are really outstanding. The declaration of the Border Ranges and Blue Mountains National Parks as world heritage regions must be among the highlights, signifying the importance of these areas not only to Australia but the world.
http://www.abc.net.au/radionational/programs/ockhamsrazor/our-national-parks-need-protection/9114728#transcript

Parks
The NSW Government’s State Plan seeks to increase visitation to our national parks, and reserves by 20 percent by 2016. To meet this target the government seeks to provide high quality and diverse visitor experiences and promote these special places effectively, while ensuring the protection of their conservation values.
Key recommendations of the report include:

– a focus on iconic experiences in key areas close to Sydney and within three hours drive of major airports in Williamtown, the Gold Coast, Ballina, Coffs Harbour and Canberra;

– a review of accommodation and leasing policies in our parks to provide a clear understanding of the range of acceptable accommodation options, including huts, standing camps and cabins;

– a state-wide reservation system for accommodation and campsites to allow on-line bookings;

– changes to encourage sustainable nature based tourism outside parks that will encourage visitors into neighbouring areas;

– a calendar of regular events suitable to parks and reserves, such as the recently announced ‘Island Hopping’ event in Sydney Harbour National Park.

Biodiversity
In NSW, more than 880 species of native plants and animals are threatened with extinction, including the endangered swift parrot. Threatened Species Day — September 7 — is a national day held to commemorate the death of the last remaining Tasmanian Tiger (also known as thylacines) at Hobart Zoo in 1936.

Bellingen
bellingenmusicfestival.com.au
The war of the camphor laurels

Bermagui
Four Winds is a biennial festival of classic, cultural and world music. It takes place every second Easter in a parkland bush amphitheatre near Bermagui, amidst the wild beauty of the Sapphire Coast, on the far south coast of NSW.
http://www.bermagui.net
Wikipedia

Booderee National Park
Booderee is owned by the Wreck Bay Aboriginal Community and has always been a significant place for Koori people. It has provided sustenance and shelter for its Indigenous inhabitants over hundreds of generations. The park is approximately three hours drive from Sydney and Canberra, located at Jervis Bay on the South Coast of New South Wales between Nowra and Ulladulla.
App: Booderee Birds
Booderee National Park
http://www.abc.net.au/news/2017-03-17/booderee-national-park-how-sydney-would-look-without-development/8331360
http://www.abc.net.au/radionational/programs/offtrack/booderee-two-segment/8317830

Bourke
backobourke.com.au
Back ‘o’ Bourke Tails And How To Cook ‘Em

Bulahdelah
The tiny NSW town of Bulahdelah argued for two years over a $300 million by-pass of the Pacific Highway. On the one side were Aboriginal protesters and environmentalists, and on the other were locals concerned about the economic future of their town and the carnage on a deadly section of the Pacific Highway. Then came a mysterious bushfire, deliberately lit, which could have served the interests of any one of a number of groups involved in the story. A local, Lachlan Colquhoun, rakes over the coals of this controversy. download audio

Bulga
http://www.abc.net.au/radionational/programs/backgroundbriefing/2013-07-14/4812258
http://www.bulgacoal.com.au
Bulli Tops
The Jumbulla Aboriginal Discovery Centre is a brand new attraction located on the Princess Highway at Bulli Tops. The attraction focuses on the social history and culture of the Aboriginal people of Illawarra and the South Coast.

Bundanoon
Bundanoon is probably best known for its annual Scottish cultural festival. But now the town of 2,500 people hopes to make a name for itself for another canny decision. In 2009 the town hopes to become the first community in Australia to ban the sale of bottled water.
Just over 90 minutes travel time from Sydney and Canberra, Bundanoon is accessible via the M5 and the new M7 motorway.
http://www.abc.net.au/news/stories/2009/07/08/2619705.htm?section=australia
http://www.bundanoon.com.au
http://www.highlandsnsw.com.au/towns/bundanoon.html
Bundanoon,_New_South_Wales

Oswald Brierly and the Bundian Way

Burke’s Cave
The site is on private property, so those wishing to see it need permission and should be accompanied by someone from the Aboriginal community.
An hour drive from Menindee
Long ago it was used by the local Baarkindji people as a place where women went to give birth.

Later it was used as a camp by Burke and Wills on their expedition in 1860.
But these days the main visitors at the site are feral goats, and that’s why the Western Catchment Management Authority wants to protect the area.

Gardens of Stone National Park
http://www.environment.nsw.gov.au/NationalParks/parkHome.aspx?id=N0087
http://www.royalgazette.com/rg/Article/article.jsp?articleId=7da113330030019§ionId=60
http://www.lithgowmercury.com.au/news/local/news/general/no-benefits-in-gardens-of-stone/1715860.aspx
The Gardens of Stone
Exploring the Gardens of Stone, an area rich in geo- and bio-diversity located off the back of the Great Dividing Range, north-west of Lithgow, NSW.

Tweed
The Parks of the Tweed Caldera, a group of 9 national parks and nature reserves in New South Wales (NSW), are linked to the Tweed shield volcano caldera.
http://www.iucn.org/about/work/programmes/pa/pa_paday/?8488/Where-Australia-Wakes-Up
http://www.flickr.com/photos/iucnweb/sets/72157627928812126

Upper Lachlan
The Upper Lachlan Region is located in the Southern Tablelands of NSW at the headwaters of the Lachlan River Catchment. It is defined as the catchment of the Wyangala Dam south of the Abercrombie River, covers an area of 588 114 ha and has an estimated population of 6,000.

Wellington
visitwellington.com.au
wellington-caves
Wellington, New South Wales
Wellington Caves
Where the Stories Come From – On Wiradjuri country, 400 kilometres west of Sydney, the settlement of Wellington was established in 1823. Since then, the history of the Wellington Valley has encompassed convicts, missionaries, farmers and gold seekers. Each group of newcomers came with new government policies and new ways of using the land – laws and activities that irrevocably changed the lives of the Aboriginal people who lived there.

Windsor
Thompson Square, Windsor, NSW – When Lachlan Macquarie began his tenure as Governor of NSW in 1810, the new colony of Sydney was on the verge of famine. Macquarie immediately conducted a review of available land to improve food supplies.
Windsor,_New_South_Wales
http://www.hawkesburytourism.com.au

Wollongong
Wollongong lies on the narrow coastal strip between the Illawarra Escarpment and the Pacific Ocean, 82 kilometers (51 miles) south of Sydney.
Wollongong, informally referred to as “The Gong”, is a seaside city located in the Illawarra region of New South Wales, Australia. Wikipedia

Kuradji Dreaming: on community, respect and understanding
In 2000, a mostly white community, at Sandon Point near Wollongong, rallied under an Aboriginal flag to try to stop a multi-million dollar housing development, planned for the Sandon Point headland. Some years before, the ancient remains of an Aboriginal ‘clever man’ or kuradji, had been discovered on the same site, and indigenous activists and local surfers joined forces to oppose the development. Despite years of court challenges and protests, the housing estate went ahead – but down on the beach, in the shadows of the looming steel-and-glass housing estate, the Aboriginal flag still flies. The Aboriginal tent embassy is the richest humpy on the beach, and the legacy of shared community understanding remains.

Woodford
woodfordfolkfestival.com
Woodford and the Quest for Meaning

Exploring a renaissance of cultural exchange at Boomerang Festival – The new Boomerang Festival, held in Byron Bay, brings together indigenous artists from around the world to showcase ‘the holistic breadth and depth of our Aboriginal culture’. As Indre McGlinn writes, the festival is a celebration of cultural exchange, reconnection and performance.

Clarence Valley Council
https://www.clarence.nsw.gov.au
https://www.facebook.com/greg.clancy.165/posts/361812367590872
–
The NSW state govt gas been reducing the number of staff and services over successive administrations, while the total areas of parks and reserves expands. 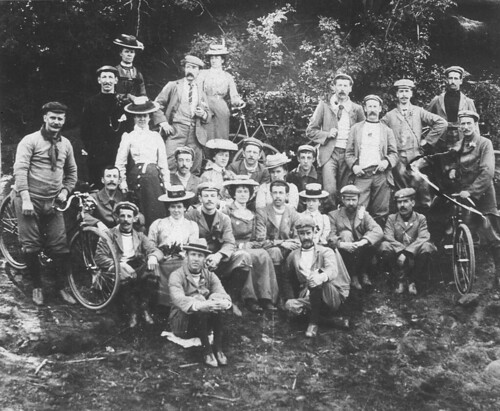 NSW Minister for the Environment and Heritage Mark Speakman is looking forward to seeing as many Green Globe nominations as possible. Will yours be one of them? Nominations for July 13. Details:
http://www.environment.nsw.gov.au/greenglobes
@greenglobeaward