New Zealand (Aotearoa) – The West Coast is the wild west in many ways, it has a population of around 34,000 along a long coastal strip on the western side of the Southern Alps.

The weather can be a little wild too with storms coming off the Tasman Sea and dumping a lot of rain on the land as it hits the mountains. While it does have a high rainfall, it has a lot of good weather too. There are locations on the West Coast that have an annual rainfall as high as 16 meters but most of the towns hover around 2-3 meters.

The West Coast Tai Poutini region is a unique part of New Zealand that covers a distance of 600 kilometers, with a population of 31,000 and contains 1.9 million hectares of land protected by the Department of Conservation.

The region offers a variety of tramps with more than 1,000 kilometers of hiking paths. There are five national parks, two Wilderness Areas and a World Heritage Area and there is an outstanding range of natural features including rainforests, glaciers, wetlands and an ocean habitat that is home to the Hector Dolphin.

Among the top attractions are guided walks to the famous glaciers.

Geography
Sandwiched between the Southern Alps and the Tasman Sea, the West Coast stretches from Kahurangi Point in the north to Awarua Point in the south, a distance of some 550 kilometers – the distance between Auckland and Wellington.

Travel Tips
Peak tourism season runs from mid-October through the end of April. Reservations are recommended during this period.

Winter weather is not too harsh. The warm currents of the Tasman Sea keep the temperatures relatively mild. It rarely snows in the lowlands.

Tourism Sector
There are a high number of businesses utilizing the environment to provide tourism services such as glacier guiding, rafting and cave tours. The Department of Conservation estimate that the conservation area on the West Coast generates $221 million a year within the local economy. In addition about 15% of the West Coast workforce is employed on conservation land.

The No Town Project – An exhibition of photographs of abandoned West Coast townships is on display as part of Greymouth’s 150th anniversary celebrations.

Forests
Much of the West Coast’s lowland forest is dominated by massive podocarps like Kahikatea and Rimu.

There are many other locations that are spectacular to visit. If you want some luxury and are interested in the natural world and have it interpreted for you, then you should go to the Wilderness Lodges, in Lake Moeraki and Arthurs Pass. These lodges know how to show you round and are in spectacular locations. 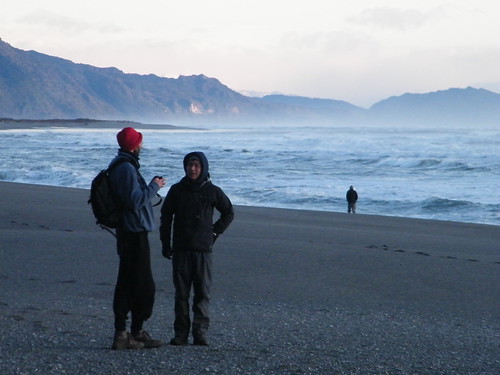