The two-hour lecture is free to attend and includes light refreshments. RSVP is not required. Clark County Wetlands Park is located at 7050 Wetlands Park Lane, about one mile east of Boulder Highway off Tropicana Avenue.

The Old Spanish Trail is a national historic trail, approved as a bill by Congress and signed by President George W. Bush in 2002. Explorer Antonio Armijo took multiple routes through southern Nevada in 1829-1830, followed by John C. Fremont in the 1840s. The Old Spanish Trail routes established commerce between California and the Southwest and contributed significantly to the establishment of Las Vegas and surrounding communities. 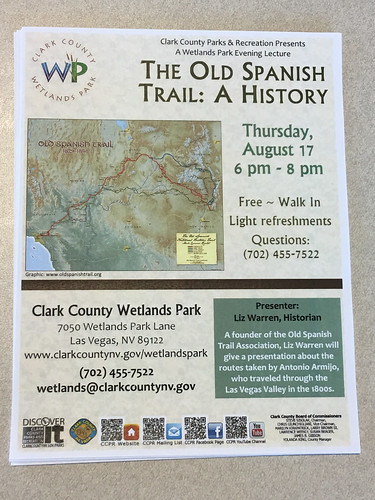