Wikipedia: The Olmecs were the earliest known major civilization in Mexico following a progressive development in Soconusco. They lived in the tropical lowlands of south-central Mexico, in the present-day states of Veracruz and Tabasco.

The Olmec civilization took root on the shores of the Gulf of Mexico. Scholars points out that the Olmec art style is found throughout Mesoamerica, demonstrating the widespread popularity of the culture.

We don’t know what the Olmecs called themselves. That said, the term ‘Olmec’ is used to describe artistic pieces that range from monumental sculptures and altars to carvings and small figures. Art historians say that Olmec art is on par with classical sculpture.

The Olmecs greatly influenced contemporary and succeeding civilizations in the region. It is often referred to as the ‘mother culture’ and inspired subsequent civilizations, including the Maya, Mexica, Mixtec, Huastecan, Totonac, and Tarascan.

These civilizations adopted the Olmecs’ belief that a king’s power derived from and was legitimized by access to supernatural deities.

While scholars debate the history of a people without a written language, the archaeological record places the Olmec heartland around the Bay of Campeche, part of the Gulf of Mexico.

The first cities in the Americas include these heritage sites, including La Venta, San Lorenzo, Laguna de los Cerros and Tres Zapotes, dating to 1200 to 900 B.C.

Giant Heads
The most famous sculptures of the Olmecs are the colossal heads weighing between six and 50 tons and measuring between 1.47 meters and 3.40 meters in height. They were carved in basalt brought from the Tuxla mountains.

The mystery persists in how these enormous stones were hauled over distances of 60 kilometers (36 miles) to San Lorenzo or 100 kilometers (60 miles) to La Venta. Seventeen giant basalt heads weighing as much as 20 tons have been recovered.

Discovery
In 1862 the first of the Olmec colossal heads was found in Tres Zapotes. The faces are of men with sunken eyes, flat noses, full cheekbones and thick lips. They are all wearing helmets, some with insignias. 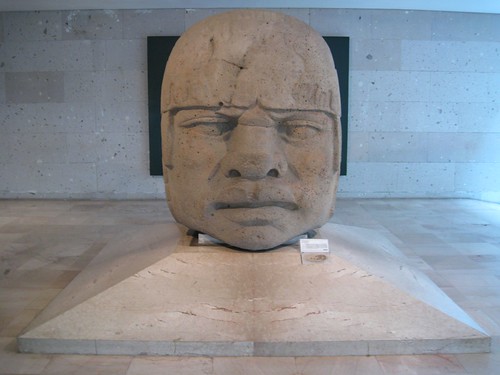 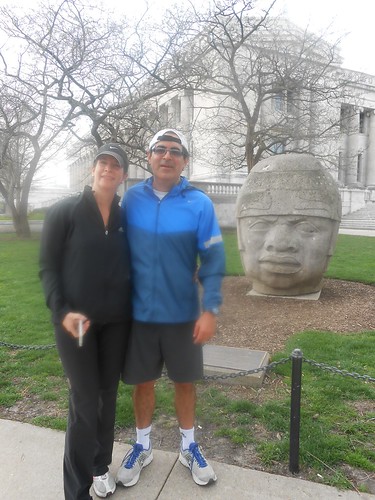