Wikipedia: Potoroo is a common name for species of Potorous, a genus of smaller marsupials. They are allied to the Macropodiformes, the suborder of kangaroo, wallaby, and other rat-kangaroo genera. All three extant species are threatened by ecological changes since the English colonisation of Australia, especially the long-footed Potorous longipes (Endangered) and P. gilbertii (Critically Endangered). The broad-faced P. platyops disappeared after its first description in the nineteenth century. The main threats are predation by introduced species (especially foxes) and habitat loss.

A third of the state's national parkland has been burnt by this season's 'unprecedented' bushfires, potentially pushing dozens of threatened species including the long-footed potoroo to extinction in the wild | @p_hannam https://t.co/YX5KPtMmJ7

One of Australia’s lesser known marsupials – the potoroo!

They are much smaller relatives of kangaroos that primarily eat fungi pic.twitter.com/C76DYieZH1 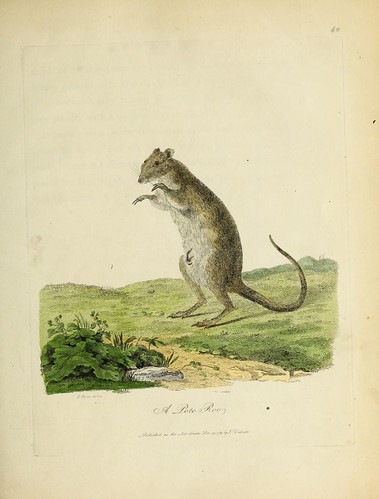 Elsewhere on the Web
https://animaldiversity.org/site/accounts/classification/Potorous.html