Photo: Martin Fisch, Written in the sky (Some rights reserved)

Wikipedia: The Rhine (German: Rhein) is a European river that begins in the Swiss canton of Graubünden in the southeastern Swiss Alps, forms part of the Swiss-Liechtenstein, Swiss-Austrian, Swiss-German and then the Franco-German border, then flows through the German Rhineland and the Netherlands and eventually empties into the North Sea.

EuroVelo15
eurovelo.com/ev15: Suitable for cyclists of all fitness levels and abilities, the Rhine Cycle Route runs along one of the longest rivers in Europe from the Swiss Alps to the North Sea. The Rhine has fostered a cultural and economic dialogue between the Alpine regions and Northern Europe for over 2,000 years. Explore the beauty of this river landscape and the picturesque towns and villages lining its banks.
Flickr
Facebook – Facebook Group
@ECFEuroVelo 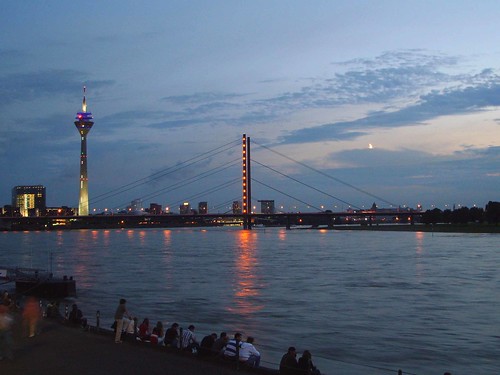