The BCycle / RTC Bike Share – rtcbikeshare.bcycle.com – is our go-to, slow adventure in one of the world’s most storied cities. Happening now in downtown Las Vegas is the next big thing – micromobility via bike share. Hashtag: #RTCBikeShare

You simply can't miss this exciting opportunity to purchase a 3-day pass for $3!

Download the BCycle app in the App Store and Google Play.
@bcycle

Essay
Bike sharing is fun, more fun than I was expecting and I was expecting fun – a slow adventure type of fun. These bikes are not for racing, but they do make getting through the heat a veritable breeze.

Officials say that ‘bike sharing makes it economical and convenient to use bikes for trips that are too far to walk but too short to drive.’ The marketing campaign says ‘put the fun between your legs.’ Vegas, you’re always keeping yourself top of mind.

RTC Bike Share is available 24/7. As an downtown outsider living in Henderson, I opt for the late weekend mornings. Less traffic and hassles and a great time to view the murals and installations.

Currently there are 180 bikes and 21 stations conveniently located throughout downtown Las Vegas. Many of the stations are along or near downtown’s new green bicycle lanes.

We are reflecting more on bicycle tourism and the role bikes play. When there are more options for local and visitors to hop on a bike, city tourism changes. When locals have access via bike lanes and bike share programs, one’s perception of the city changes, expands. 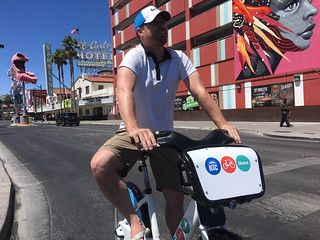 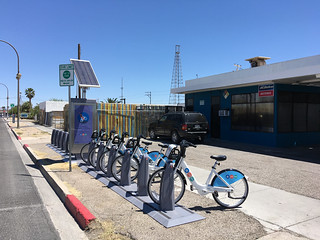 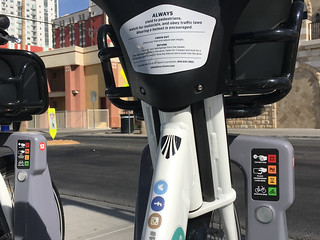 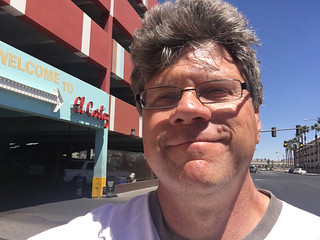 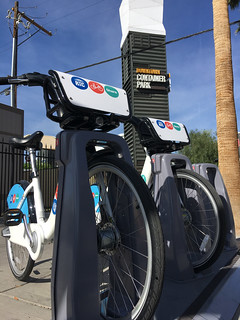 About the RTC
The RTC is the transit authority, transportation planning organization and regional traffic management agency for Southern Nevada. The RTC’s vision is to provide a safe, convenient and effective regional transportation system that enhances mobility and air quality for citizens and visitors. The RTC encourages residents and visitors to use a variety of transportation choices to help reduce traffic congestion, clean the air and improve the quality of life in Southern Nevada. For more information about the RTC and its major initiatives or to download its transit app rideRTC, visit rtcsnv.com.

#RTCBikeShare is electrifying #DTLV! For the next two weeks, find electric bikes available at any of the 21 bike share kiosk locations. Just look for the green lightning bolt! #RTCSNV pic.twitter.com/F0ucMKbxX7

Let's 'taco-bout' tonight! There's still time to register for the Cycle de Mayo event in #DTLV! Get your bike for only $3 at https://t.co/0dDkiaS09T 🚴🌮 Don't forget to stick around afterwards for refreshments and raffle prizes at @TacosHuevos #RTCBikeShare pic.twitter.com/gCKKs4rH2P

Have you taken a ride on the city's #RTCBikeShare yet? 6 months in & already close to 10k rides @News3LV pic.twitter.com/Kg1hJo4Opa

You know who’s excited about bike share? Our transit ambassadors! Check out an #RTCBikeShare bike in #dtlv today! https://t.co/0dDkiaS09T pic.twitter.com/HOGkdJctiQ

One year ago today, #RTCBikeShare was officially born! Celebrate by grabbing a bike and riding around #DTLV today! #RTCSNV pic.twitter.com/oGUHXCTmJG