Planeta.com hosted an online discussion the week of May 17-21 focusing on responsible tourism around the world.

Mader said that the discussion will be decentralized and moderated via the policies of individual websites. To keep track, Planeta Update featured key resources and the Responsible Tourism Wiki was edited on a regular basis.

This was not the typical conference! Instead, the discussion was dependent on participants organizing themselves in productive and inspiring ways. “The hope is that Responsible Tourism Week — now in its second year — contributes broadly and deeply to the global dialogue,” said Mader.

Among the topics for discussion – supporting responsible tourism initiatives during the economic recession, creating a code of conduct for academics and evaluating the success of community-based tourism operations: what are the lessons learned, what are suggestions for making improvements. Other topics will be introduced by participants.

Those interested are asking to reflect on what responsible tourism means philosophically and via concrete actions. Shine a light on a particular place or process. 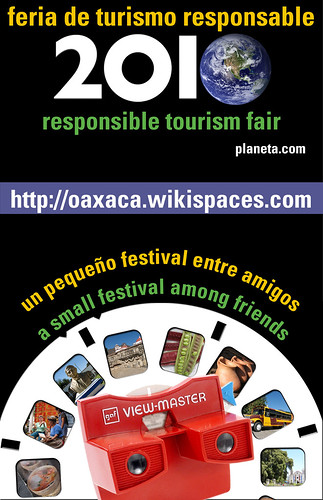 Quotes
We don’t have anything planned, so nothing can go wrong.
– Spike Milligan

What is responsible travel?