Sea = Smaller, partly landlocked sections of the ocean and certain large, entirely landlocked, saltwater lakes, such as the Caspian Sea and the Dead Sea

The Dead Sea is a salt lake bordered by Jordan to the east and Israel and the West Bank to the west. It lies in the Jordan Rift Valley, and its main tributary is the Jordan River.

The Tasman Sea (Māori: Te Tai-o-Rehua) is a marginal sea of the South Pacific Ocean, situated between Australia and New Zealand. 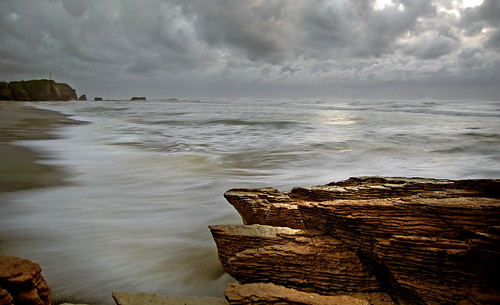