Sitka is located on Baranof Island in Alaska. After the defeat of the local Tlingit Indian Tribe in 1804, Russia founded the town of New Archangel and named it the capital of Russian America. It remained so until Alaska was purchased by the United States in 1867. Afterwards the town was renamed Sitka and became the capital of the Territory until 1906. Today Sitka is a small, friendly town located in a beautiful setting. 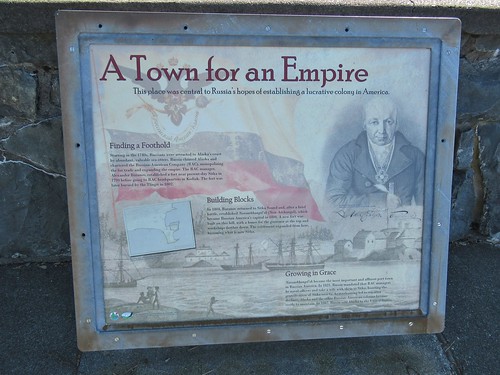