Henderson Connections
The City of Henderson Park Planning Division has numerous parks and trails projects under construction. Parks and trails may be funded and constructed in a variety of ways, with three methods being the most common—developer-built turnkey parks, Residential Construction Tax (RCT) and the Southern Nevada Public Land Management Act.

To date, the City of Henderson Parks and Recreation Department has been awarded more than $235 million for 30+ parks and trails projects from the Bureau of Land Management through the sale of public lands as authorized by the Southern Nevada Public Land Management Act (SNPLMA). This brings a tremendous value to Henderson residents.

SNPLMA is unique because it sets a standard for cooperative conservation. It provides for the sale of specific federal lands in Clark County and for the acquisition of environmentally sensitive lands. SNPLMA has two primary purposes: to promote orderly development in the Las Vegas Valley and to decrease the impact of urban growth on our national recreation areas (such as Lake Mead and Red Rock). When certain public lands are sold, funding is set aside and local agencies submit projects for funding consideration. Project proposals must be very detailed and fit within SNPLMA parameters. 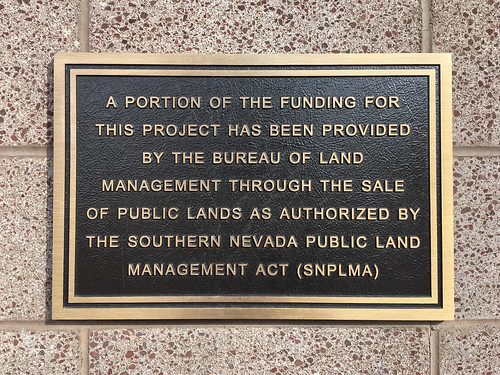