The best things in life are free, family-friendly and generally include bicycles.

Such is the case for the Henderson, Nevada which hosts its annual Stroll-N-Roll Saturday, November 18. The 4-hour annual event is a spin so the speak on the Ciclovia phenomenon sweeping the globe. Originally founded in Bogota, Colombia, ciclovias are scheduled events when roads are closed to motorized traffic, allowing the community to enjoy the streets on foot, skates or bicycles. It’s an opportunity to enjoy slow travel locally.

On Saturday, Henderson transforms the southbound lanes of Paseo Verde Parkway into a pedestrian-friendly zone from 10am-2pm.

The Color Me Kind 5K kicks off the day’s festivities. The fun run is at 8am and takes place along Paseo Verde Parkway, between Valle Verde Drive and Green Valley Parkway.

The car-free street fair will be packed with activities and entertainment zones with free exercise classes, food trucks and children’s games.

Take note. This event is part of a series of community-building excercises from the City of Henderson, which has Silver status as Southern Nevada’s Bicycle-Friendly Community.  More details on BikeHenderson.org. On Twitter follow @cityofhenderson. 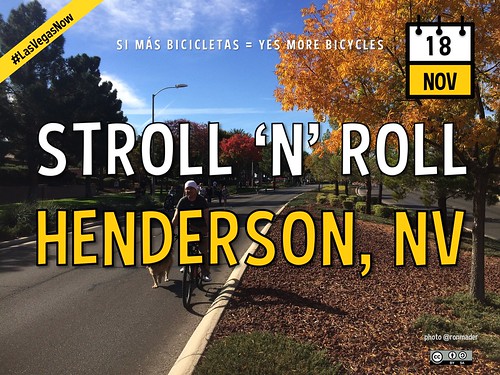 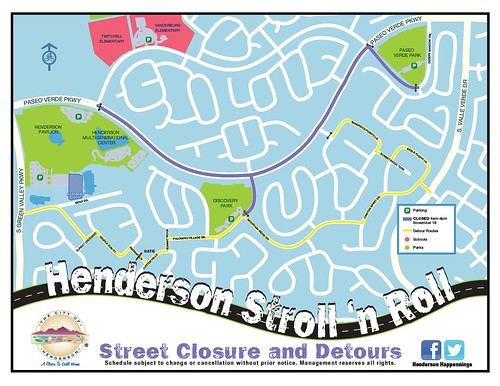