What would locals like others know about Tasmania? Presenting relevant links in a somewhat random fashion:

Lake Pedder
Lake Pedder was flooded 50 years ago. Could it be restored to its former glory?
Buried Treasure – the story of Lake Pedder – History Listen

Throat Notes
@FelixColgrave – A little story about the backyard critters you might see in Tasmania, and the things they might be doing.

Recommended listening
First Dog On the Moon’s Guide to Country Life – First Dog on the Moon aka Andrew Marlton is a Walkley award-winning cartoonist and a reformed inner city dweller. He now lives among the pademelons and wallabies on a very steep hill in the Huon Valley.

Restoring Lake Pedder – Is the restoration of Tasmania’s Lake Pedder a big idea worth considering?

Losing Gondwanaland – Bushfires ravaged thousands of hectares of world heritage forest in Tasmania. Ancient species are in grave danger. We go to visit the firefields.

Tasmanian night, endemic delight – Off the tourist trail in Hobart is a small reserve brimming with species endemic to Tasmania, many of which can only be seen at night.

Hobart’s history a moist affair – Could it be, that the Waterworks Reserve on the edge of Hobart is actually one of the triggers of the green political movement? Could a love of old man ferns, and of crystal clear water be at the root of all that?

Tasmania’s Three Capes Track – What sort of work goes into a walking track that’s worth $25.3 million?

The Centre – In January 1988, Australia was getting started on its Bicentenary celebrations – but in indigenous communities, many were wondering just what it was that they were supposed to be celebrating. This program visits the Tasmanian Aboriginal Centre, and hears reflections from local indigenous people on 200 years of trauma and triumph.

Shadows in the Scrub – When the English arrived in Tasmania in the early nineteenth century, stories justifying their anxiety about this new country flourished. This was not only an unfamiliar landscape but there was a carnivore lurking in the scrub.

How to fix what’s wrong with Tasmania – Prominent Tasmanian, Henry Reynolds and Phillip Adams attempt, in the space of a twenty minute interview, to solve the problems of Tasmania. Henry believes that to make Tasmania more relevant the state needs a new flag, a change in the functions of the governor and a reconfiguration of the upper house of the Tasmanian parliament, amongst other things.

Larapuna (Bay of Fires) – A magnificent stretch of coastline in north-eastern Tasmania was named the Bay of Fires by a French explorer in 1773 as he watched the smoke rise from campfires lit by the first Tasmanians who knew it as Larapuna. We go on a sound journey along the coast, described by Lonely Planet as the ‘hottest’ travel destination in the world.

Letting go: Bob’s gift to the environment – Senator Bob Brown has parted with the keys to his beloved Liffey Valley home, Oura Oura, in Tasmania after 38 years and the new owner – or custodian – is Bush Heritage. The house on the property is where The Wilderness Society was formed and it was the site for key meetings in the campaign to save the Franklin River and formative meetings of the Tasmanian and Australian Greens and Bush Heritage.

Christine Milne – Christine Milne became leader of the Australian Greens when Bob Brown resigned from politics in April this year. In this program-length conversation she talks about her early life and both her environmental and political awakenings.

The creation of Trowenna – Traditional stories gathered from Indigenous communities: the creation of a heart-shaped island in the wild southern seas.

Apps
Tasmania is famous for its long bushwalks, but not everyone has the time or experience to get into the wilds overnight. Enter the 60 Great Short Walks App, which shows you how to get a taste of Tasmania’s wild places, and be back in time for tea!

A week in the west: the Tarkine
tarkine.org

Conservationists fear a ‘Pilbara size mine operation’ in Tasmania’s rainforest.
Two years ago a proposed tourist road through the area prompted the then Environment Minister, Peter Garrett, to give the area emergency heritage listing and the road was stopped. That listing has now lasped and mining companies are eying off the area and the huge mineral deposits which are known to exist.

The Tasmanian Conservation Trust (TCT) is the only Tasmanian conservation organisation that involves itself in the full range of conservation issues. Founded in 1968, it is the longest continuing environment organisation in Tasmania. As a non-political organisation, it can engage with government, industry and the wider community in a non-confrontationist manner to achieve genuine, on-ground conservation outcomes. 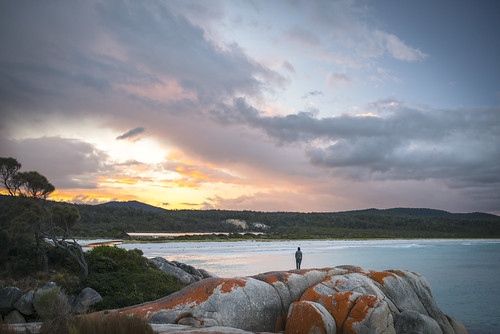