Held every two years the Te Matatini Kapa Haka Festival – tematatini.co.nz – celebrates the cultural dance of the Māori people of Aotearoa (New Zealand). It has an open door policy, where all people are welcome to come and experience timeless traditions.

‘Te Matatini ki te Ao’, has a deeper meaning than its English translation of “the many faces to the world.” Throughout te ao Māori (the Māori world) the suggestion is that the world’s people are invited to participate alongside iwi. The event hosts more than 3,000 of the world’s top kapa haka performers, tens of thousands of supporters and spectators, including local and international visitors.

Connections
In addition to the performance, DOC invite visitors to kōrero with them about being kaitiaki for whenua and wai.. Aroha Hughes, Community Ranger for Te Matatini, says the event is a huge celebration of Māori culture and a great opportunity to kōrero kanohi ki te kanohi (face to face) with people from around the world. “We will get a huge buzz from being part of this festival of te ao Māori.

Family-Friendly
The festival prides itself on being whānau (family) friendly, smoke-, and alcohol-free event.

Wishlist
Kudos to the organizers for hosting such an important event. Here are a few recommendations:

3) Tourism New Zealand could provide an explainer and promotion for the event.
Nothing so far

4) More maps! We’d love to know where the groups are from

5) Connect Te Matatini with other events, including Māori Language Week 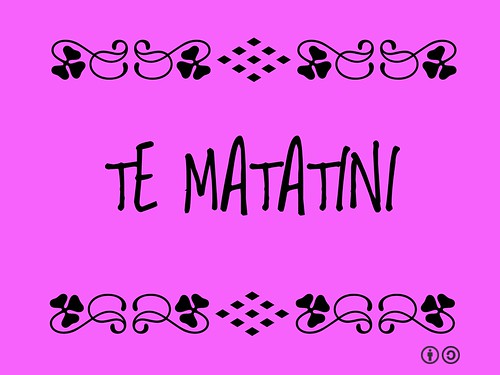 From jandals to aroha – a survival kit for Te Matatini fans https://t.co/txcDHM9sUp

"It's scary, it's daunting, you feel all your ancestors and all your tūpuna when you get on stage."https://t.co/vO31vlrDNA

Are you #matatiniready? A warm Welly welcome to more than a thousand performers who are here for #TeMatatini pic.twitter.com/SgkUTN0VNa

How to care for piupiu, kete and hei tiki at home (in te reo Māori and English) – check out these step-by-step videos with neat storage tips we put together for #tematatini w/ our @Te_Papa colleagues: https://t.co/a8ko1BLkaQ

Our rangers will be part of Te Matatini ki te Ao celebrations in Wellington this weekend. But they will leave the kapa haka performances to the experts, and instead invite visitors to kōrero with them about being kaitiaki for our whenua and wai: https://t.co/fFZHNz5qjh pic.twitter.com/2FWoQlcnHy

Kapa haka has taken our senior designer Tiaki Terekia on journeys equivalent to more than three times around the planet.

Ahead of Te Matatini in Wellington next week, check out his story. https://t.co/x9IUa7Vz4k pic.twitter.com/1YY95QcT8C

Ok it's not a word.. But it's word play in Te reo Māori 😬 pic.twitter.com/gNN0aSw08Y

About to go on air live at Te Matatini @ninetonoon pic.twitter.com/HTA7GfVn8T

We’re at #TeMatatini2019 again today – come and see us at the Ngā Taonga Tuku Iho stand, where @heritagenz have been demonstrating tukutuku panel weaving #tematatinikiteao pic.twitter.com/nzo1ShaVXe